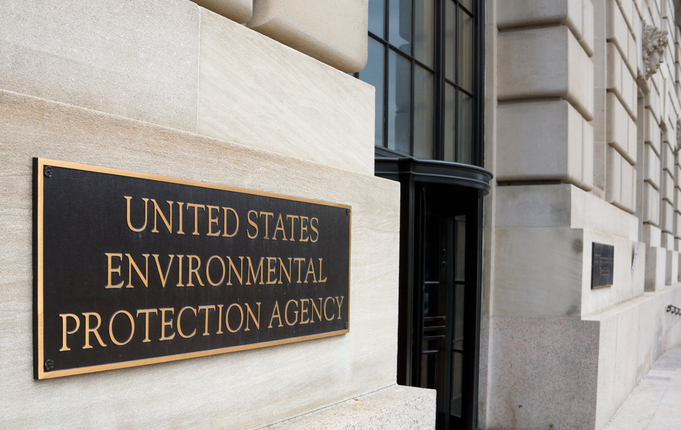 EPA is on a winning streak that it hopes to extend to its most major effort yet: combating climate change.

The agency logged another win in appeals court Tuesday when the judges backed EPA’s decision to hold off issuing tightened acid rain standards, and the Supreme Court announced it would not take up two cases the agency won in appeals courts over its handling of “haze” air quality regulations.

All told, the agency is 8-0 on legal decisions in April and May, an EPA official said Tuesday. Staffers who have been in the agency’s legal office for decades can’t recall a run with that many victories in a row.

They’re hoping that the legal principles backed by the courts in those wins will help EPA with the anticipated judicial review of the agency’s upcoming greenhouse gas regulations for existing power plants that are expected to be proposed June 2.

Those rules will fall under a largely untested section of the Clean Air Act that leaves a lot of discretion to EPA. That means the court’s feelings about EPA’s handling of complicated scientific and technical issues will certainly be in play.

The agency has been winning for three reasons, EPA officials said: Judges have found its interpretation of the Clean Air Act is reasonable, the courts back EPA’s strong scientific and technical records, and the courts say the agency has provided rational explanations for its rules.

Those three issues were evident in Tuesday’s decision by the U.S. Court of Appeals for the DC Circuit to uphold EPA’s decision not to issue new “secondary” air quality standards for nitrogen oxides and sulfur oxides, the pollutants that cause acid rain. A trio of conservation groups had challenged EPA’s 2012 decision to hold off on new standards, arguing that the agency was not fulfilling its duties under the Clean Air Act.

But the appeals court wasn’t having it, and it pointed to a long string of precedents granting EPA discretion to make judgment calls on complicated scientific information. EPA’s reasoning was more than sufficient, the court said.

The court also took the opportunity to further opine on the limits of precedent set by the Supreme Court in Massachusetts v. EPA, the landmark 2007 Supreme Court decision that shot down the Bush EPA’s arguments for avoiding setting carbon dioxide regulations.

In the acid rain decision, EPA didn’t simply toss its hands up and leave in place an old, ineffective standard, the court said. The agency struggled to set a new, tighter national standard given the many differences in how regions, water bodies and plants react to SO2 and NOx, and it worked hard to find ways to fill gaps in the data, but eventually came up short, the court ruled.

“Because the [Clean Air] Act requires a reasoned judgment, and because EPA found it could not form one, EPA’s explanation ‘conform[ed] to the authorizing statute,’” the court said, referencing the Massachusetts decision.

Tuesday’s decision was just the latest victory by the Obama EPA, including a sweeping win for its early decisions on greenhouse gas regulations. In April and May, the Supreme Court handed the agency a major win on its Cross-State Air Pollution Rule, a complicated regulation on pollution that blows across state lines, and the DC appeals court upheld the Mercury and Air Toxics Rule for power plants.

Commenting on the cross-state verdict, EPA Administrator Gina McCarthy said earlier this month the high court believed the agency had done a “bang-up job,” and that the ruling was one of the agency’s biggest-ever wins.

The decision “provided an enormous boost to the agency as we’re going into greenhouse gas rulemaking, which is going to be challenging and requires the same kind of agency discretion and requires the agency to interpret the law and to interpret the technical data and analyze it in a way that will ensure that we can make significant progress to reduce greenhouse gas emissions,” she said.

Other recent legal successes for EPA include the court’s ruling upholding of a decision to tighten the standard for fine particulate matter, another not to revise carbon monoxidelimits, and a third that backed agency’s decision not to set a new acid-rain air quality standard.

The appeals courts also upheld EPA’s 2013 volume requirements under the Renewable Fuel Standard, an air toxics ruling for Portland cement (though one issue EPA characterized as minor was sent back to the agency), and EPA’s decision to skip regulating methane emissions from coal mines.

Nevertheless, one EPA official who lauded the winning streak admitting to worrying about jinxing the agency. “Saying all this is making me nervous,” the official said.

The Supreme Court’s decision Tuesday to reject the petitions from Oklahoma and Nebraska capped the EPA wins, another agency official said, leaving in place the decisions from appeals courts that aren’t usually viewed as friendly to EPA. Those appeals courts had said that EPA does not have to “rubber stamp” state plans to implement the agency’s regulations.

There are at least a dozen EPA cases still ongoing, and the agency is awaiting a ruling from the Supreme Court on parts of its greenhouse gas program. But none of the current issues rise to the status of some of EPA’s recent wins with the mercury and cross state rules, the EPA official said.

ERICA MARTINSON is an Energy Reporter for POLITICO Pro, where she covers the EPA. Prior to POLITICO, Erica spent five years following environmental policy and the EPA at Inside Washington Publishers. There she focused on water issues, including hydraulic fracturing, carbon capture and sequestration and utility cooling water issues.