About Us
Steering Committee

About Us
Steering Committee 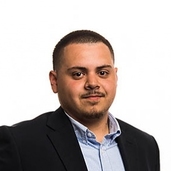 Rafael Hurtado Jr. works as a Community Organizer for the Little Village Environmental Justice Organization (LVEJO) located on the Southwest side of Chicago. Within LVEJO, he has worked on the several campaigns such as: Open-Space, a campaign which was successful in the remediation of a super-fund site which is currently being converted into the first new park Little Village has seen in over 80-years, and the Clean Power Campaign, which was successful in the shutdown of both the Crawford & Fisk Coal power plants.  Rafael has been involved with LVEJO since the age of 15 and is involved with educating people about environmental justice and the harmful effects of polluting industries in Little Village. He is currently in his Senior-year at the University of Illinois- Chicago, majoring in Criminology, Law and Justice. 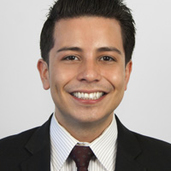 Jorge Madrid is a policy fellow with the US climate, air and energy team at the Environmental Defense Fund.  He is based in California, and is focusing on the implementation of the nation’s strongest global warming and clean energy policy.  He came to EDF by way of the Center for American Progress, a national policy think tank is Washington, DC, where he worked with Green Jobs champion, Van Jones.  Previously, Jorge served in the office of Senator Robert Menendez (D-NJ) on Capitol Hill, and also worked on local clean energy, transportation and economic development initiatives for Los Angeles Mayor Antonio Villaraigosa.  Jorge earned a Master’s degree in Urban Planning and Public Administration from the University of Southern California, and his work has been featured in numerous national news publications.

Adrianna Quintero is the founder and director of the Natural Resources Defense Council’s Latino Advocacy program and a senior attorney. Adrianna launched NRDC’s Latino outreach along with the website, La Onda Verde or LOV, in 2004 with the report, “Hidden Danger, Environmental Health Threats in the Latino Community,” which highlighted impacts on Latinos from environmental contamination. Adrianna was proud to work with Secretary of Labor Hilda Solis who was then in the House of Representatives, in developing a report that recognized the disproportionate environmental impacts faced by many in the Latino community. Most recently, Adrianna founded Voces Verdes and aims to connect Latino organizations, business and community leaders with government decision-makers on climate and clean air issues. She currently sits on the board of the U.S. Climate Action Network and Presente.org, and is recipient of Latino Leaders Magazine Innovator Award 2011.