About Us
Advisory Board

About Us
Advisory Board 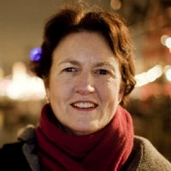 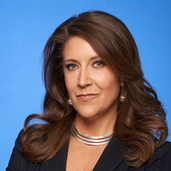 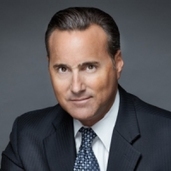 Santiago Cueto is a Board Certified International Attorney and Founding Partner for Cueto Law Group. He focuses his practice on international business law with an emphasis on class action and international commercial litigation, arbitration and transactions.

As a prominent Miami Florida attorney, he has been featured in the Wall Street Journal, Fox Business News, CNBC, Forbes, the National Law Journal, PC World, the Daily Business Review, the Los Angeles Business Journal, the San Francisco Chronicle, Entrepreneur, and many other media outlets. Cueto’s international education and experience has served to counsel companies operating throughout the world. He currently serves as executive counsel to companies in the global supply and communications industries. He has represented Fortune 100 companies and foreign governments in a variety of complex commercial litigation and transactions matters. 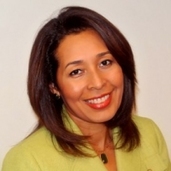 Dr. Yanira Cruz is the President and CEO of the National Hispanic Council on Aging (NHCOA). She focuses on providing the Latino perspective on public health and older adult issues to increase policy-maker and public understanding of the needs impacting Latinos and disenfranchised sectors of our society, and to encourage the adoption of programs and policies that equitably serve everyone.

To further these efforts, Dr. Cruz serves on the Boards of the Consumer Health Foundation, the National Senior Citizens Law Center, and the American Society on Aging. Dr. Cruz is also an appointee serving on the Advisory Panel on Medicare Education (APME), which advises the Secretary of the Department of Health and Human Services and the Administrator for the Centers for Medicare and Medicaid Services (CMS) on opportunities to enhance the federal government’s effectiveness in implementing a national Medicare education program. She holds an adjunct faculty appointment at The George Washington University School of Public Health. 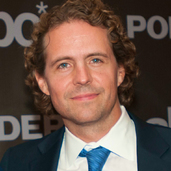 Nicolas Ibargüen is the Director for Planet Initiative at the abc* Foundation. Ibargüen is also the Publisher and Editor of PODER Magazine, the business publication of Televisa, the largest Spanish content provider in the world.

During his tenure at the abc* Foundation, Ibargüen has created strategic alliances with National Geographic Society, Natural Resources Defense Council and The Society of Environmental Journalists, among many other organizations, which have served as platforms to further the Foundation’s environmental initiatives.

Ibargüen is the executive director of Amazon Gold Film and From Trees and Stars. Since 2007, he has organized the Continuity Forum, a yearly event that brings together high profile leaders to discuss sustainability. He is also a member of the Humane Society International.

Robert Montemayor is the Director and Editor of the Latino Information Network at Rutgers University (LIN@R), a project launched in the summer of 2010 with the goal to create a robust database of Latino-related research, scholarly works and stories that feed a website focusing on the ever-growing, diverse Latino communities within the United States.

Montemayor is a college instructor, veteran marketing executive, Pulitzer-Prize winning journalist and marketing consultant who has more than 35 years of media experience.  In addition to directing LIN@R, Montemayor is a journalism instructor who teaches news reporting and writing in Rutgers’s School of Communication and Information in New Brunswick, New Jersey. He has worked in virtually all aspects of media, including editorial; advertising; marketing; distribution; direct marketing in all forms, including consumer- and business-to-business marketing; and in the development and management of customer databases. He has managed business operations both in the United States and internationally. 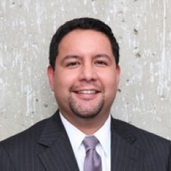 Oscar Ramirez is a seasoned Democratic strategist with over a decade of political and policy experience in senior roles on national political campaigns, on Capitol Hill and in the Obama administration. He is a Principal at the Podesta Group where he advises clients ranging from Fortune 100 companies to not-for-profit organizations. He previously served as Special Assistant to Secretary of Labor Hilda Solis, where he directed engagement with the business community, state and local governments, and other stakeholder organizations. A veteran of Capitol Hill, Oscar served as Chief of Staff to Rep. Hilda Solis (D-CA), Deputy Chief of Staff to Rep. Al Green (D-TX) and Legislative Director to Rep. Joe Baca (D-CA). He served two terms as president of the Congressional Hispanic Staff Association. 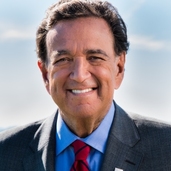 In 2008, he sought the Democratic nomination for President, dropping out after Iowa and New Hampshire.  As a diplomat and Special Envoy, Richardson has received four Nobel Peace Prize nominations, and has successfully won the release of hostages and American servicemen in North Korea, Cuba, Iraq and the Sudan.

Since entering life as a private citizen in 2011, he has authored three books including “How to Sweet-Talk a Shark: Strategies and Stories from a Master Negotiator,” which was published in fall 2013. He is active on the national and international speech circuit and appears frequently on numerous television news programs, ranging from CNN to FOX, Univision, Meet the Press, and This Week with George Stephanopoulos. Richardson has also served as a Special Envoy to the Organization of American States (OAS) and as a Special Fellow on Latin America at the James A. Baker III Institute for Public Policy at Rice University. Richardson also sits on several nonprofit boards, including the World Resources Institute (WRI), Refugees International, and the National Council for Science and the Environment (NCSE). In addition, he serves on numerous for-profit boards, primarily in the renewable energy space, such as Abengoa International.

Richardson has also started two foundations: The Richardson Center for Global Engagement, focusing on conflict resolution and prisoner release, and the Foundation to Preserve New Mexico Wildlife with actor and conservationist Robert Redford, which has led the charge to protect wild horses and provide alternatives to horse slaughter.  Recently, the Richardson Center for Global Engagement played an instrumental role in the successful release of Marine Sgt. Andrew Tahmooressi from prison in Tijuana, Mexico.

Before being elected Governor of New Mexico, Richardson was Chairman of Freedom House, a private nonpartisan organization that promotes democracy and human rights worldwide, and served on the boards of the National Resource Defense Council and United Way International. He has been an adjunct professor at the John F. Kennedy School of Government at Harvard, and has received several honorary degrees from institutions of higher learning that include Tufts University and the University of New Mexico. As Governor, he taught courses at the University of New Mexico and New Mexico State University. Last fall, he was given the National Hispanic Hero Award by the U.S. Hispanic Leadership Institute.

During his administration, more than $1 billion was invested in public schools, including professional salaries to recruit and retain quality teachers. He also shifted education money away from the administration and into the classroom, and increased access to early childhood education. In 2010, he was named the “best education Governor” by the National Education Administration.

Few can match Bill Richardson’s wide-ranging experience and dedication to protecting and improving human rights, and improving the quality of life for the people of New Mexico, the United States and the world.

Richardson has been married to his high-school sweetheart, Barbara, for 43 years. He received a BA from Tufts in 1970 and an MA from Tuft’s Fletcher School of Law & Diplomacy in 1971. 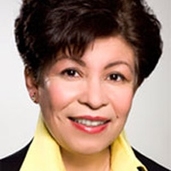 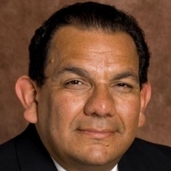 Tom Soto is a Managing Partner and Founder at Craton Equity Partners and a widely recognized Latino business leader. He serves on the Board of Liquid Environmental Solutions and manages Craton’s investment in GridPoint.

Prior to founding Craton, Soto founded and built PS Enterprises, a leading environmental, regulatory and compliance firm that provided services to a wide range of Fortune 100 companies. He has been highly involved with various business and policy initiatives throughout his career including the Border Environmental Cooperation Commission appointed by President Bill Clinton and, most recently, as Co-Leader of the White House Council on Environmental Quality Transition Team appointed by President Barack Obama. Soto has a BA in Political Science from UCLA and spends his limited spare time advising nonprofit and environmental organizations such as the Mono Lake Committee, New America Alliance, Center for American Progress and as the Chair of the California Science Center Foundation Board of Trustees. He is also one of the most recognized voices on the environment and the economy having helped to organize the “No on 23″ campaign in California in 2010.