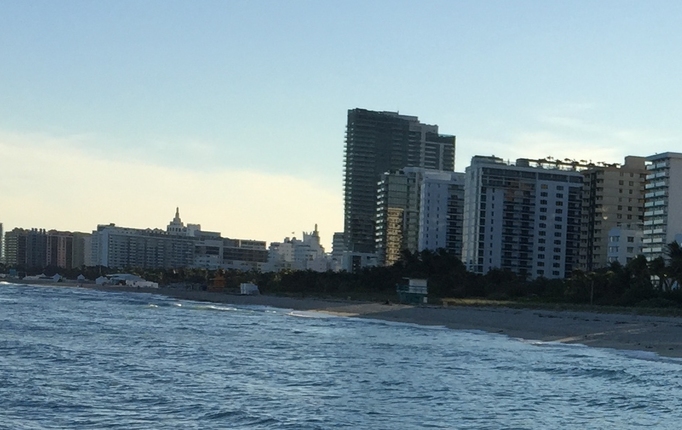 “The Trump Administration’s proposal to open most of our public waters and practically the entire Atlantic and Pacific coasts to drilling, is simply outrageous.

This blatant give-away to oil and gas companies is reckless and threatens not only our oceans, beaches, and environment, it puts coastal communities, their wellbeing and their economies, at risk. Drilling puts our some of our most iconic beaches at risk of oil spills that would harm fisheries, destroy tourism, and threaten traditional ways of life.

"We must not let profits and corporate greed drive the decision to decimate our natural treasures, worsen climate change and threaten the health of our families. VOCES is proud to stand alongside 65 diverse groups in opposing this proposed plan and the “severe and unacceptable harm” that threat it poses to our communities."

“These ocean waters are not President Trump’s personal playground. They belong to all Americans and the public wants them preserved and protected, not sold off to multinational oil companies.

The Trump Administration’s plan to unleash the dangers of drilling offshore is a major, unacceptable risk to hundreds of local communities, their coastal economies, and marine life.”

This extreme proposal is a shameful give-away that would sacrifice coastal communities, its economies, and our publicly-owned ocean waters.

Drilling threatens to coat our beaches with oil spills, pollute our air, decimate fisheries, interfere with military training, and keep citizens bound to the whims of foreign oil markets.

There is no need to force coastal residents to shoulder these risks. The nation can meet its energy needs and grow jobs by investing in clean, renewable domestic sources like wind and solar that never run out. We can cut pollution, and keep profits right here at home—not in the pockets of oil industry executives and foreign governments.

No community should have to live every day under the threat of an oil spill that could destroy tourism, shutter hundreds of local businesses, throw thousands out of work, and decimate traditional ways of life. We cannot afford another crippling Gulf of Mexico disaster—off the shores of Louisiana, the Carolinas, New England, Alaska, California or anywhere else.

The Trump Administration should heed the public call to preserve our ocean waters and turn back from this reckless, unnecessary expansion of offshore drilling that puts America and marine life last and the bottom lines of private oil companies first.”

With the backing of science, economics, clean energy leaders, local businesses, and the vast majority of Americans, President Obama permanently protected most of the Arctic Ocean and a chain of deep sea canyons in the Atlantic Ocean, stretching from the Chesapeake Bay to Canada’s border, from dirty and dangerous offshore oil drilling. He also removed the entire Arctic and Atlantic from the five-year leasing plan.

Americans have rejected the Trump Administration’s move to abandon the Obama Administration’s approach by expanding dirty and dangerous offshore drilling and energy exploration. That opposition includes tens of thousands of local businesses and hundreds of thousands of commercial fishing families that depend on clean coasts, the majority of Americans, over 130 coastal municipalities, many Alaska Natives, bi-partisan lawmakers at the local, state and federal levels, and a host of faith and conservation leaders.