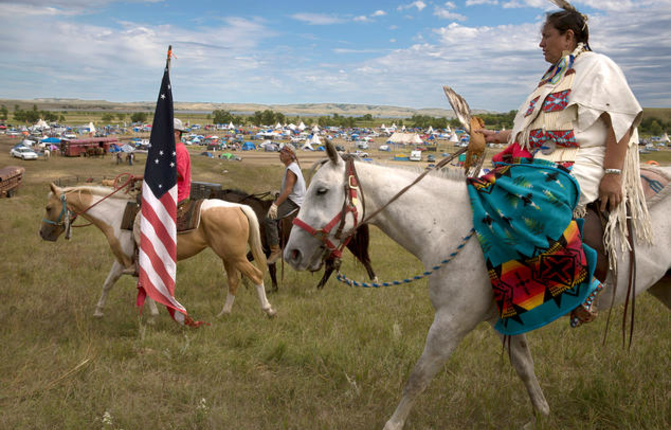 WASHINGTON, D.C.—The following is a statement from Adrianna Quintero, Executive Director of Voces Verdes, in solidarity with the Standing Rock Sioux Tribe:

“The Dakota Access pipeline, if completed, would transport half a million barrels of crude oil daily through four states--more than 1,100 miles—to refineries along the Gulf of Mexico. An oil spill would cause irreparable harm to the Sioux tribe’s homeland, destroying sacred sites and polluting the North Dakota’s Lake Oahe, one of the primary sources of drinking water for the tribe.”

“Voces rejects the aggressive tactics being used against nonviolent protesters exercising their right to principled and peaceful civil disobedience in North Dakota and call for a peaceful resolution. We commend the Obama administration for instructing the Justice Department to ensure meaningful public review, which should be done under the Clean Water Act and the National Environmental Policy Act (NEPA) to prevent the companies building the pipeline from taking advantage of regulatory loopholes and bypassing the actions and steps necessary to prevent environmental hazards.”