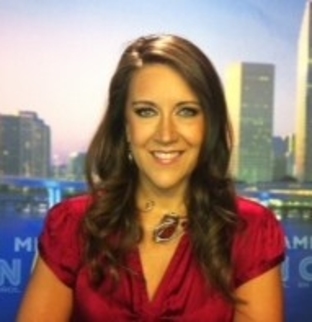 Saving Mama Tierra for Our Children
September 27, 2013
Environment
By Maria T. Cardona The other day, my daughter Maya Luna reprimanded me because I almost left a light on as we were headed out of the house. She said “Mama, estas lastimando a Mama Tierra! (Mama, you are hurting Mama Earth!).” I couldn’t have been more proud. My son Sebastian, who is obsessed with sharks and marine life, asked me if the reason that sometimes dolphins and whales get “atrapados en la playa” (trapped on the beach) is because the oceans are dirty and they can’t breathe. I couldn’t have been more sad. But I welcome these comments and questions. I love that they are learning about recycling, the importance of clean water, and how it is our responsibility to care for Mama Tierra.

My mind is always on protecting my kids. As a mother, it’s no surprise they are my priority. So as I think of their future, I think of the work that I do on climate change with Voces Verdes.

Solving climate change is a priority issue for Voces Verdes and increasingly, for many Latinos across the country. Because it is painfully obvious that our children’s and our grandchildren’s futures will be seriously impacted by a changing and harsher climate. We owe our children too much to ignore the issue.

When President Obama announced his climate action plan this past June, he spoke to us not just as our President but as a parent reminding us that it’s our moral obligation to protect future generations from the costs and risks of climate change. It’s the most pressing environmental challenge of our time. It’s already imposing large and growing costs on our country and putting our future at risk. And we see that more and more every day, both here at home and abroad.

A report by UNICEF released this week revealed that children will bear the brunt of the impact of climate change because of their increased risk of health problems, malnutrition and migration.UNICEF estimates that 25 million additional children will suffer from malnutrition due to climate change and an additional 100 million will suffer food insecurity. This is a grim picture of the future and one that we should all feel obligated to do something about—because we can.

We know that children are more vulnerable to the health impacts of dirty air. Their lungs are still developing and damage from air pollution can often be permanent. For the millions of Latino children living in areas that frequently violate air quality standards, this is not a future reality but their current state.

For the children who have lived through the flooding in Boulder or who still struggle with nightmares one year after Superstorm Sandy, climate change is already a reality. We cannot sit idly by—or worse, turn the other way—as “historic” and “biblical” floods, hurricanes and droughts continue to threaten lives and livelihoods.

Beyond our borders in Latin America, food insecurity is already impacting agriculture. Changing weather patterns and higher temperatures, drought, storms, flooding and shifting cultivation patterns will reduce crop yields, depriving poor farmers of the food that they grow to feed themselves and their families, while also threatening what is often their only source of income.

Some in Washington would rather continue to debate the question of whether climate change is caused by human activities. The upcoming report by the Intergovernmental Panel on Climate Change (IPCC), the leading international body for the assessment of climate change established by the United Nations Environment Programme (UNEP) and the World Meteorological Organization (WMO), says they are 95% certain that climate change is human-caused. So the question is not whether or not Congress should act, since the reality is that we have no choice. As a start, we must support the Environmental Protection Agency’s actions to limit carbon pollution and keep the pressure on to make sure our elected leaders act to protect our kids.

After all, Maya Luna should not have to worry that Mama Tierra will be in danger or vulnerable and Sebas should not have to see his favorite sea creatures become extinct and no longer be a part of his world. Worse yet, neither they nor any of their peers should be forced to inherit a world plagued by a scorching temperatures, extreme weather and the food insecurity, heat-related illness and health threats these bring. We can do this. We must act on climate change now.

Maria Cardona is a Democratic strategist and a principal at the Dewey Square Group, where she founded Latinovations. She is also a former senior adviser to Hillary Clinton, and former communications director to the Democratic National Committee.

This article originally appeared on Mamiverse.