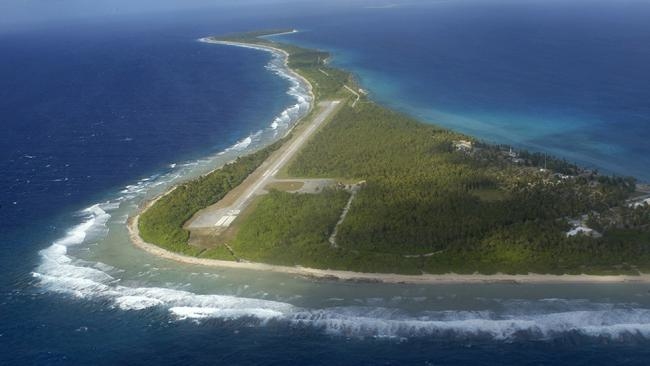 Climate Change Has Reached Our Shores
September 27, 2013
Clean Air
Clean Energy
Climate Change
Environment
EPA
MAJURO, Marshall Islands — AS the world barrels toward a climate crisis of its own making, my country stands at the precipice. In the Marshall Islands, like elsewhere in the Pacific, climate change is no longer a distant threat, nor at the doorstep. Climate change is here.

No one can seriously contest that humanity’s carbon-polluting ways are the main cause of global warming, and that the consequences are set to intensify. As Secretary of State John Kerry said earlier this month to an audience in the Marshall Islands, “The science is clear. It is irrefutable, and it is alarming.”

Nowhere in the world is this threat more immediate than in the Marshall Islands, a loose string of more than 1,000 small islands a short plane ride southwest of Hawaii. As one of only four low-lying coral atoll nations in the world, we are increasingly panicked by recent scientific reports suggesting that the world is currently heading for a three- to six-foot rise in sea levels by the end of the century. If such predictions are accurate, my country will be lost forever.

Earlier this year, I was forced to declare a state of disaster for our northern atolls after an unprecedented drought left thousands of our people without food or fresh water. Just six weeks later, a giant “king tide” hit our capital, Majuro, flooding the airport runway, some surrounding neighborhoods and even my own backyard as the waves crashed over a thick, protective sea wall — the second devastating climate disaster in two months.

Some have suggested that we move to higher ground, but in the Marshall Islands there isn’t any — and we are not prepared to abandon our country. Our land is our home, our heritage and our identity. We have survived existential threats before. In the aftermath of World War II, we endured the horror of 67 nuclear tests, the largest of which was 1,000 times more powerful than the Hiroshima bomb. As we believed then, and believe now: this is our country, and we will always stay here. If the water comes, it comes.

Even as the danger looms large, we in the Pacific are doing much more than waving our arms in distress. Earlier this month, the region’s leaders gathered in Majuro for the Pacific Islands Forum to consider our response to the climate challenge. On Sept. 5, we adopted the Majuro Declaration for Climate Leadership, which outlines the ambitious targets of our island states to accelerate their transition to low-carbon economies. The Cook Islands, Niue, Tuvalu and Vanuatu are all striving for 100 percent renewable energy by 2020, and Tonga, 50 percent by 2020. Our motive is not purely environmental. It comes from a common-sense realization that renewable energy is good for our economies, our energy security and the health of our populations. The message to the bigger countries is this: if we can do it, so can you.

Central to the success of the Majuro Declaration will be the listing of new commitments from the world’s major emitters, particularly those around the Pacific Rim that together account for more than 60 percent of global emissions. Crucially, members of the United States delegation to the forum told us that they would support the Majuro Declaration and would submit President Obama’s Climate Action Plan in furtherance of their current emissions-reduction target.

For too long, others have used American inaction as an excuse not to act themselves. The world needs American leadership on climate change. United States support for the Majuro Declaration could not be more welcome, and it is likely to spur action from others. At this month’s post-forum dialogue, we heard strong support for the Majuro Declaration from Britain, Indonesia, France, Thailand, Malaysia, South Korea, the Philippines and the European Union, and we look forward to their commitments as well. This is precisely the upward spiral we are seeking to spark.

This week, I am in New York with my fellow Pacific leaders to seek broader support for the Majuro Declaration, and to present it to the secretary general of the United Nations, Ban Ki-moon, as our “Pacific gift” to his efforts to build political will for accelerating climate action, and the signing of a new global agreement in 2015. In doing so, we will call on countries, businesses and organizations to bring forward new commitments, and rededicate ourselves to finding a solution to the challenge of our generation. Nothing could be more important.

Christopher J. Loeak is the president of the Republic of the Marshall Islands. This article originally appeared in The New York Times.
Share