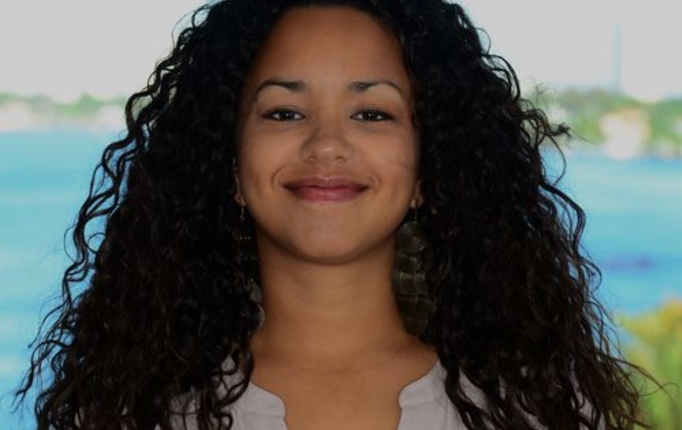 I know from experience that Miami is ready and capable of tackling climate change, now. I would like to share my story with you because then you will see where I and many other fellow first-generation Miamians learned the Spirit of Resiliency; a spirit integral to spearheading this monumental transition.

I'm often told I'm an anomaly when people in Miami (typically, not from Miami) ask where I'm from and I say South Florida. They're surprised to learn that Miami isn't just made up of people who are here for short stints or snowbirds with a 2nd home. I'm a Miami-Dade native and split my formative years between Dade and Broward counties. I graduated from the University of Miami and I spent four of the most impactful years of my life in New York City. And even though the attractive trappings of the City are luring enough to convince anyone to plant roots, South Florida is my home.

I have seen the power of resilience in all shapes and colors here in Miami. It is a patchwork of foreign communities with a myriad of natives of the Caribbean, Central and South America and even Europe, all of whom have come here to create better lives, leaving everything behind in their countries. Not simply leaving la tierra (the land), but their families, their beloved, daily routines and all the other familiar, idiosyncratic joys of a homeland.

I am a first-generation Dominican, born in the U.S. to immigrant parents who relocated together from la Republica Dominicana to Miami. My parents grew up in the Dominican Republic during the rule of Rafael Trujillo, once colloquially known as "El Jefe" (The Boss). His leadership was a time of unprecedented oppression in the island's history. To frame the magnitude of the strength of his grip, signs were posted throughout Santo Domingo that stated "Dios en cielo, Trujillo en tierra" (God in Heaven, Trujillo on Earth). Later during his rule, the order of this phrase was reversed.

After arriving in Miami by way of New York in the '70s, most of my family remained undocumented for decades and did their best to stay under the radar and not make too much noise (obviously only figuratively, because Domincanos aren't known for their silence). They worked in trades that earned them tax-free money and kept them close to other transplants after work hours. They focused solely on their immediate needs and let the rest of life's details be handled by the documented folks.

Nonetheless, my mother and father were resilient, as most immigrants, I believe, are. They uprooted from their native motherland and ventured to a country they knew only from the colorful stories they received over long-distance phone calls with family already testing the waters in the States. They eventually came, stood up, wobbled, and have collectively raised eight children. They have fallen a few times and learned some things the hard way, but they are both, thankfully, still alive and well, here in Miami.

Over the years, I've witnessed my parent's behavior sometimes mirror behaviors common to other undocumented immigrants -- put your head down, work hard, and be grateful you have a job (although my dear mother doesn't have any issue with using her voice and rocking the boat). They have both always carried this demeanor that seems to be a result of growing up in a disengaged and oppressed populous, accepting the status quo -- a mentality demonstrating a "this is the way it is, and it can't be changed," attitude.

Lucky for me, they weren't shy voicing their thoughts and opinions within our family. It was in these contexts that my parents passed along their resiliency best described as, "make the very most of what you've been given and do whatever you gotta do to make it work."

My family is not an anomaly here (not by these Miami-centric means anyhow). There are countless families here in Miami who share some sort of resilient narrative. I am a child of this resilience, one of many, and Miami is our home.

Our home is the most climate vulnerable city in the U.S. primarily due to sea level rise. Miami needs to adapt to climate change immediately if we want to survive as a metropolis. There should be no question as to whether this is possible or not with our long track record of resiliency.

A resilient city is a place where the people, together, create a plan for tackling challenges they know will come their way, in this case, from Hurricanes to Sea Level Rise. The people engage as a greater community while honoring the different perspectives of all involved. The people are aware and prepared, yet detached enough to quickly pivot and address the unexpected. Resilient communities come together to understand that buildings, cars and homes are but just small parts of the whole and that a city's worth lies in the humanity that occupies it.

For those of us who call Miami home, we know this is ours to do: make Miami a more resilient and sustainable community that will be here for the future generations. We're less impressed with the flashy cars and high-priced items of Miami's surface identity and are more focused on bringing the community closer together to define the collective vision for our future. We're following the great work already being done here around climate change, and are doing what we can to bring this issue to the forefront of our community consciousness. We're bringing greater community awareness about climate change impacts by participating in HighWaterLine and the emerging Resilient Miami movement, and although we are still in the early planning stages of how we will move Miami forward and be the change we wish to see, "the journey of a thousand miles must begin with one step," and this is ours.

We were resilient after the riots of the '70s, the Category 5 Hurricane Andrew in '92, and have outgrown the "Paradise Lost" image from TIME magazine's 1981 issue. This is a city that has burned, soaked, crashed, swelled, and still managed to grow. I know if we bring our resiliency skills to tackling climate change or any other issue facing our city, we will continue to thrive despite adversity. This is the Miami I know.

Francine Madera is an active citizen in her community and the entrepreneur behind MADERA, inc., a Miami-based marketing & communications business. She graduated from the University of Miami and worked in Entertainment PR, Events + Corporate Sponsorship in New York City for several years before striking out on her own and shifting into a holistic mindset and lifestyle. Her work and personal life are centered around the concepts of the power of community and human behavior, conscious wellness, emotional intelligence and mindfulness. She was born and raised in South Florida and is a first generation Dominican who likes to travel, a lot!