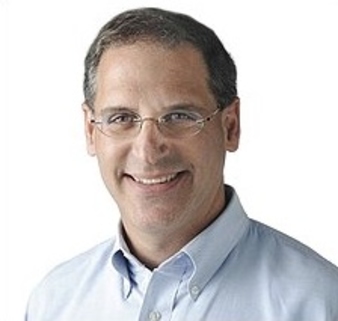 Representatives of more than 190 countries gathered in Warsaw on Monday to continue debating how to deal with climate change beyond 2020, even as nations are falling further behind on their collective goal of reining in greenhouse gas emissions that are warming the planet.

Major breakthroughs are not expected at the 19th session of the Conference of the Parties to the U.N. Framework Convention on Climate Change. Instead, these talks have been described as sessions that will lay a foundation for a global agreement to be reached in time for 2015 talks in Paris.

“Warsaw, even more than usual, is a stop along the way toward accomplishments in the longer term,” said Nathaniel Keohane, vice president of the Environmental Defense Fund’s international climate program. “I don’t think anyone is expecting a major landmark in Warsaw.”

That doesn’t mean there isn’t plenty to discuss — or argue about.

Developing nations want to know how the developed world plans to make good on a pledge to “mobilize” $100 billion by 2020 to help them cope with the effects of climate change and reduce greenhouse gas emissions. Other countries, including small island nations that may have to move large groups of people as rising seas consume land masses, want financial compensation. And everyone wants to know how the nations of the world will draw a road map toward a 2015 treaty that will further rein in greenhouse gas emissions beyond 2020.

“Our task now is to fashion a new agreement that will be ambitious, effective and durable,” Todd Stern, the U.S. State Department’s special envoy for climate change, said in a speech in London last month. “And the only way to do that is to make it broadly inclusive, sensitive to the needs and constraints of parties with a wide range of national circumstances and capabilities, and designed to promote increasingly robust action.”

The talks in Poland take place amid increasingly dire warnings that time is running out to meet the long-term goal of limiting the increase in maximum global average temperature to 2 degrees Celsius above preindustrial levels, as the parties agreed in Copenhagen in 2009.

The U.N. Environment Program, in its annual report issued last week, said that even under best-case scenarios, that is not going to happen.

So for the sake of the world’s climate, more work must be done to reduce the flow of greenhouse gases into the atmosphere. But how much should each country rein in its emissions? How should they accomplish that? How will nations’ plans be compared and their performance verified? And how will the competing interests of developed nations, developing nations and major emerging economies such as China and Brazil be reconciled?

“The issue of equity — how do you decide who does what, who pays for what?” said Jennifer Morgan, director of the World Resources Institute’s climate and energy program.

No one expects agreement on those critical questions in Warsaw. But many hope that a blueprint can be fashioned to begin answering them. The 2014 conference, scheduled for Lima, Peru, would take the process further before a global accord is finalized in Paris.

Much of the delegates’ time may be spent on two major financial issues — the $100 million fund and further compensation for unavoidable impacts of climate change, a concept referred to as “loss and damage” among participants. In all, there are seven agenda items that deal with finance.

The U.S. position is that it is committed to the $100 billion fund and that some of the money can be used to pay for irreparable harm suffered by nations in the developing world as major economies industrialized over the past 150 years. But it will not pay more.

Between 2010 and 2012, major developed countries contributed $30 billion to a Fast-Start Finance fund, including $2.5 billion annually from the United States. Now attention will turn to how the money will be assembled to continue helping poorer nations develop renewable energy, construct buildings that can withstand high winds, reforest and otherwise cope with climate change.

Stern proposed, however, that public money be spent in ways that attract private funding. For example, governments could create policies that provide incentives for energy companies to develop renewable-energy projects.

“A genuine step change in funding can occur in the flow of private capital leveraged by public money or public policy,” he said. “Some leveraged private investment is already flowing into developing countries, but we can do so much more to unlock much larger flows.”

Lenny Bernstein is one of two Writers for the MisFits column for The Washington Post, covering fitness in D.C. and beyond.