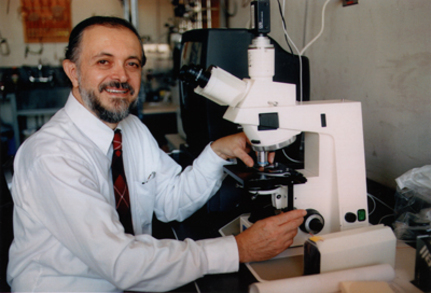 President Barack Obama awarded 16 high-achieving individuals the Presidential Medal of Freedom on Wednesday in the East Room of the White House.

The Presidential Medal of Freedom is the nation’s highest civilian honor, presented to individuals who have made especially meritorious contributions to the security of the United States, to world peace, or to cultural or other significant national interests. Among this year’s recipients are Oprah Winfrey, Gloria Steinem and former President Bill Clinton. Two of the recipients are Latino – chemist and environmental scientist Mario Molina, and jazz musician Arturo Sandoval.

“The Presidential Medal of Freedom goes to men and women who have dedicated their own lives to enriching ours,” said President Obama in a statement. “This year’s honorees have been blessed with extraordinary talent, but what sets them apart is their gift for sharing that talent with the world. It will be my honor to present them with a token of our nation’s gratitude.”

Born in Mexico, Dr. Molina came to the U.S. to pursue his graduate degree. In 1995, he won the Nobel Prize in Chemistry for discovering how chlorofluorocarbons deplete the ozone layer.

He explains that studying chlorofluorocarbons was something he started out of curiosity. He began noticing that the chemicals first used as refrigerants to replace other toxic chemicals – and touted as ‘miracle’ products, were instead harmful. It was because of that discovery that today we have spray cans now that no longer use harmful chemicals.

“I discovered chemicals were being released into the atmosphere, and we realized they could rise all the way to the stratosphere so it would affect the ozone layer, and without that layer, skin cancer evolved,” says Dr. Molina. “As a society, we were beginning to see the effects now. We are very proud of not only discovering the nature of the problem but its solution.”

Today he is a professor at the University of California-San Diego and a director of the Mario Molina Center for Energy and Environment. He is also a member of the President’s Council of Advisors on Science and Technology.  But Molina says his work is far from complete. He continues to research how the depleted ozone layer contributes to climate change.

“That’s a worrisome problem of course,” says Dr. Molina, when asked about recent, more powerful storms. “We’re beginning to see very clearly the consequences of human activity, and we’re talking about the risks. Clearly their intensity have been affected by climate change, and it’s very important for society to address this problem.”

The Mexican-American scientist says society should reach an international consensus, but the first step is to change the way we use fossil fuels.

“It would be better to have an international agreement to change the way we generate electricity, and to work together to change the way we function,” says Dr. Molina. “We certainly have hope. We know how to solve the problem, it’s just some interest groups that don’t want things to change, but were beginning to convince them.”

Kristina Puga is a Web Producer for NBC Latino. A graduate of Barnard College and The Columbia Graduate School of Journalism, Kristina is the product of an Ecuadorian father and a Russian mother. Raised in culturally diverse Queens, NY, she has been covering the Latino community for about a decade for publications such as the New York Daily News, AOL Latino, NYRemezcla.com, and Urban Latino.