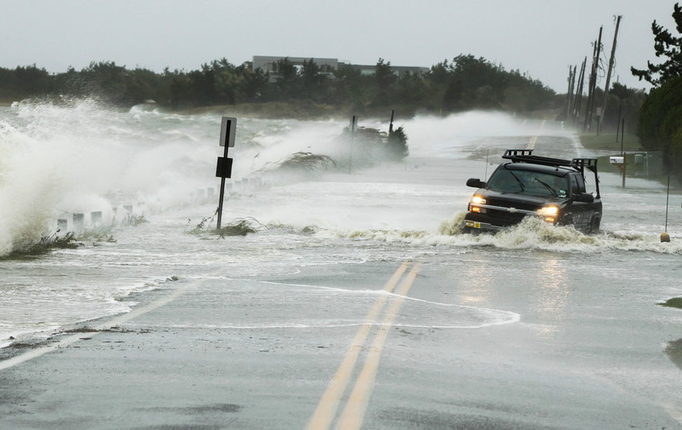 As we watch with horror the devastation caused by Typhoon Haiyan in the Philippines, we also remember that just a little over a year ago, our own nation experienced Superstorm Sandy – the deadliest and largest Atlantic hurricane of 2012 and the second costliest in U.S. history after Hurricane Katrina. And we recall that this September, Colorado suffered tremendous damage caused by torrential rains.

While climate change affects communities in every state, the full weight of its impacts disproportionately falls on lower-income and other vulnerable Americans. Our nation can’t afford to let this neglect continue, especially since funding for programs meant to help them is being cruelly slashed in Washington.

There is widespread scientific consensus that climate change is real and that human activity is a driving factor. Just recently, a report by the Intergovernmental Panel on Climate Change, which involved over 200 scientist authors from 36 countries, stated that the increase in greenhouse gases, produced when we burn fossil fuels, has driven global climate change since the mid-20th century. As such, we have an obligation to steer to a safer future, especially for the sake of our children.

Scientists may focus on numbers and trends, but our chief concern is human suffering. The recent Colorado floods, for example, severely damaged the home of Ben Ready, a social worker and father of three small children. After noting with gratitude the help of government agencies, private and religious organizations and others, he told us, “The two groups of people who are hurting the most are people who don’t have citizenship papers and people who rent. People without legal documentation cannot benefit from FEMA money and are solely reliant on charity, family and friends. Renters are scrambling to find new places to live since many lacked property insurance and have no guarantee their former homes will be restored.”

While Hurricane Katrina exposed the raw consequences of social and economic inequalities and isolation, those images are not a thing of the past or exclusive to New Orleans. Today, members of the Biloxi-Chitimachas Choctaw Indian nation, who live in Louisiana on the Isle de Jean Charles, must deal with rising waters that have divided their island in two, affected their plants and livestock, and forced families to leave.

And just recently, New York City ended housing assistance to the last 160 families who lost their homes in Superstorm Sandy. Families with sufficient resources found housing while others were relegated to homeless shelters.

Severe weather also affects both farmers and consumers, with poor families far less able to absorb higher grocery costs. Large numbers of low-income jobs are in agriculture and tourism – two industries with a high concentration of Latino workers – and many of these workers are the first to lose their jobs during economic downturns brought on by climate issues such as droughts and catastrophic storms.

It is far easier for wealthy individuals and corporations to deal with damaged housing and buildings, poor harvests, health problems, and other effects of extreme weather. Those with fewer resources often cannot afford insurance, technology or well-built structures. Their suffering is grievously increased when government cuts funding for programs meant to help them.

Our nation and the world must address climate change, and soon. At the same time, we Americans cannot continue to chip away at safety-net programs that help people who have been hurt by extreme weather.

It is urgent that we work together to alleviate suffering. We can make an important start by more consciously addressing conditions that cause that suffering while we strengthen programs designed to help those in need. Tackling climate change is within our reach, and we can start by requiring that new power plants are cleaner as we call on our government to protect us and protect future generations. And we must come together as a nation to demand that programs meant to help people be fully funded. Compassion and reason demand no less.

Campbell is the executive director of NETWORK, A National Catholic Social Justice Lobby, and leader of NETWORK’s “Nuns on the Bus” justice campaigns.  Quintero is senior attorney at the Natural Resources Defense Council.

This article originally appeared in The Hill.