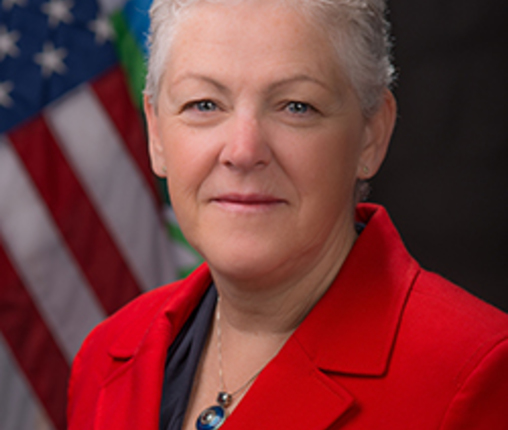 The U.S. Environmental Protection Agency owes its existence to people like you. More than four decades ago, the pollution concerns of individuals grew out of local communities and into a nationwide grassroots movement that culminated in the first Earth Day in 1970. Public outcry for a cleaner, healthier environment didn't belong to a political party; it didn't belong to any single social demographic. It belonged to all of us; it was overwhelmingly the voice of the American people. The resonance of that voice led to the establishment of the EPA and the passage of America's landmark environmental laws.

To overcome environmental challenges, we must confront them at their local roots. That's why at EPA, our work has always come back to local communities. Progress in communities is more than an aspiration, it's a practice. From dealing with conventional environmental harms to our contemporary fight against climate change -- at EPA, the focus of our work has always been local community driven.

Prudent action to protect public health and the environment must be sensitive to individuals and to differences among people and places. EPA's actions are guided by public openness and partnerships with rural towns, cities, and suburbs alike; with, environmentalists, local officials, and tribes. And we measure our success by progress we make in those communities.

This is especially true in a changing climate. If we are serious about public health and environmental protection for all, we have to be serious about reducing the harmful carbon pollution that fuels climate change and we must work to prepare cities to be more resilient in the face of climate risks. President Obama's Climate Action Plan recognizes this, and has deployed federal agencies to act. Different cities face varying climate threats dependent on a variety of factors -- but they all demand local attention and local action, and EPA is committed to continuing to provide its support.

Although our new challenges demand we evolve, the centerpiece of our success remains our commitment to listen to and work with local communities and folks on the ground.

It's with that focus we've been able to achieve public health and environmental protections over the last decade that have been nothing short of astounding. And our successes aren't limited to our flagship EPA programs. Sure, cleaning up Superfund and Brownfields sites, or investing in green infrastructure and sustainable technology, is making a real difference -- but it's the sum total of each and every action we take that adds up in big ways.

Today, there's less pollution in your air from cars, thanks to fuel economy standards -- and your wallet is a little fuller because you're paying less at the pump. Your rivers and streams are less at risk for mercury or arsenic poisoning, making your fishing experience more enjoyable and more care free. Harmful levels of lead in and around your town has been drastically reduced, and the toxic waste that once threatened your drinking water has been cleaned up, keeping your families out of harm's way. And through restoring America's iconic ecosystems, your kids can enjoy the great American outdoors you have.

We've taken tremendous steps forward since EPA got its start. However, from air and water quality to chemical safety and climate change, plenty of challenges still remain. With continued local focus and partnership, we can meet them head on and continue to achieve environmental and public health progress in communities across the country.

Gina McCarthy is the Administrator of the U.S. Environmental Protection Agency.