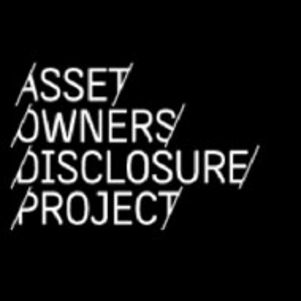 Asset owners have had fair warning that the investment landscape around the world is seriously threatened by climate change, yet the vast majority are doing little to shield themselves from its risks. This warning comes from the Asset Owners Disclosure Project’s (AODP) latest Global Climate Investment Index, and it should send a shudder down the spine of anyone who has retirement savings. Climate science is now more clear than ever, the divestment movement is continuing to heat up and renewable energy is booming. Despite these facts, the AODP analysis identifies just how poorly many of the world’s largest investors, particularly pension fund managers, are managing climate risk. Climate risk is recognised as the most likely driver of the next great financial crisis. Asset owners have a fiduciary responsibility to acknowledge long term threats, yet most remain unprepared for the climate risk crisis due to their short-term focus.

RT @GreenSchenk How are those investment heavyweights managing the #climate risks of your savings? Not so well aodproject.netActions

The Asset Owners Disclosure Project’s 2013/14 (AODP) Global Climate Investment Index clearly identifies how most of the world’s biggest investors are managing, or failing to manage, climate risk. The AODP 2013-14 Global Index includes data from Pension & Superannuation funds, insurance companies, sovereign wealth funds and foundations/endowments. It assesses them on transparency, risk management, investment chain alignment, active ownership and low carbon investment. The analysis found that Asset Owners are ignoring their fiduciary duty by allowing climate risk to be priced according to business as usual.

Specifically, only 5 funds were rated AAA or higher out of 460 rated (1%) and 1000 invited to disclose and 29 rated A or above (6%) who we feel will survive a carbon crash in any kind of good shape. A massive 80% of asset owners are either D rated (abysmal) or X rated (doing zero, nil, nothing). When compared to last year’s initial Global Climate Investment Index an increasing polarisation between leaders and laggards across the globe can be seen.

According to calculations by Carbon Tracker, fossil fuel reserves, understood to be deposits confirmed to exist but are yet to be extracted, contain around 2860 GtCO2, which is enough to more than double almost every budget estimate for the amount of carbon that can be burned before the world can no longer contain warming to 2 degrees. Contemporary accounting practices assume those reserves will be burned and simultaneously bolster the profits of fossil fuel companies and their shareholders. However, if these fuels must be “unburnable” in order to keep the planets temperature within safe limits, then they are inflating the perceived value of these companies, which are also spending about $674 billion each year to find more reserves. If the two degree target is actually taken seriously, these companies are wasting enormous amounts of shareholder capital. However, it is more likely, that the continued investment in burning known fuels and searching more more is an indication that fossil fuel companies don’t believe the world leaders are serious about meeting a two degree target and that they are unfazed by exceeding such a target.

This article originally appeared in The Tree.