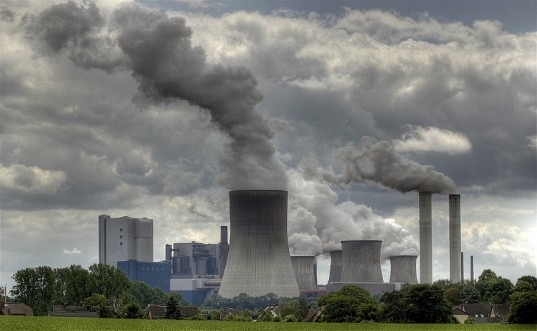 The proposed rules would essentially make it impossible to build new coal-burning power plants unless they are fitted with systems to capture and store their carbon emissions. Utilities could, however, build new plants that burn cleaner, lower emitting fuels like natural gas. EPA will receive public comments on the rules until March 10 and has been directed by President Obama to finalize them "in a timely fashion."

An even bigger step for the EPA and for the effort to slow climate change will come in June, when the agency plans to issue a new proposed rule to reduce carbon pollution from existing power plants. Activities in many states are already showing that significant reductions in the power sector's carbon pollution can be achieved through reasonable, flexible policies.

In recommendations provided last month to EPA on the existing power plant rule, top energy and environmental officials from 15 states explained what can be done to reduce greenhouse gases. These efforts have slashed carbon pollution from the power sectors in these states by an average of 20 percent over the past seven years. Many individual states have achieved even greater reductions. Examples of these effective state policies include renewable energy requirements in Minnesota, energy efficiency programs in Colorado, and the Northeast's emissions trading program known as the Regional Greenhouse Gas Initiative.

The states urge EPA to set federal standards that take a comprehensive approach to improving the power system as a whole, rather than regulating carbon pollution at each individual power plant. They also encourage EPA to develop equitable and measurable standards that hold states accountable for making progress on cutting emissions. Officials from Midwestern and mountain states joined those from the West Coast and the Northeast in these comments.

In addition to the states, leading power companies are also taking effective steps to reduce carbon pollution. A new report by the Georgetown Climate Center shares their success stories, documenting progress being made across the country.

The report presents 21 case studies from seven states and fourteen utilities where carbon pollution was reduced in the power sector. These success stories provide proven examples of what works that the EPA can build upon as it develops carbon regulations for power plants.

Climate change is a major threat to the American economy and the health of the entire planet. The single biggest contributor to the greenhouse gas emissions that cause climate change are electricity-generating power plants. We need that electricity to light our homes and power our factories, of course. But as the states and some power companies are already demonstrating, we can produce that electricity in ways that significantly reduce carbon pollution. Now it's up to the EPA to turn some of those lessons into new regulations that can put the country on a cleaner, more sustainable path.

Vicki Arroyo is the Executive Director of the Georgetown Climate Center of Georgetown University Law Center where she is also a visiting professor. She oversees the Center’s work at the nexus of climate and energy policy, supervising staff and student work on climate mitigation and adaptation at the state and federal level. She teaches “experiential” environmental law courses to both law and public policy students.