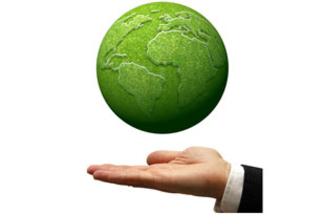 Some of my fondest childhood memories are of family trips to the San Gabriel Mountains for hiking, picnicking and breathing fresh, clean air — a welcome escape from the smell of the Puente Hills Landfill, near our home. Those trips offered temporary respite, as well, for my father, who contracted lead poisoning after working in a battery recycling factory.

Growing up with that smell and watching my father pay the price for pollution filled me with a life-long passion to protect our communities from dirty air and save treasured open spaces, like the San Gabriel Mountains.

In many ways, my experience mirrors that of millions of Latino children and other minorities nationwide who grow up near the front lines of environmental degradation and suffer some of the worst impacts of pollution. Even as a child I knew we deserved better. That’s why I have made environmental protection and open space conservation a cornerstone of my career as a public servant — in the California legislature, the U.S. House of Representatives, and during my time as Secretary of Labor.

I have worked to find ways to designate more national parks, like when I proposed a significant portion of the Angeles National Forest, the Puente and Chino Hills, the Rio Hondo and San Gabriel River be designated a National Recreation Area. I was especially pleased this past April when I learned that the National Park Service released the final recommendations for the San Gabriel Watershed and Mountains Special Resource Study, which includes a recommendation for a San Gabriel National Recreation Area.

I have also supported solutions to the environmental crisis of our lifetime – climate change – and remain committed to the credo that we must leave a healthy planet to our future generations. Climate change touches us all. Climate change affects the water we drink, the food we eat, the air we breathe and our open spaces. It’s about wildfires and drought, hurricanes and floods. It’s about extreme heat, public health and choice of whether we want our children to grow up as healthy as they can be.  It’s about the kind of world our children will inherit.

We are paying a high price already. Last year alone, the hottest on record for the continental United States, we spent $140 billion in this country on crop losses, wildfires, floods and other weather-related disasters made worse by climate chaos. The federal government picked up the biggest part of the tab, to the tune of $1,100, on average, for every American taxpayer.

Further, the latest report by the Intergovernmental Panel on Climate Change (IPCC) revealed that climate change has resulted in more extreme natural disasters in the United States including larger wildfires. Just this week, the Madre Fire burning in the San Gabriel Mountains has consumed precious open space and its smoke made air quality dangerous for the mostly working class and Latino residents of the San Bernardino and San Gabriel mountains, and last month we all witnessed with a feeling of powerlessness the destruction of the Yosemite wildfire, which burned for over 4 weeks this past August.  Initial estimates suggest that the third largest wildfire in California history will cost over $100 million between firefighter resources and remediation of the environment.

We cannot sit idly by and watch as these costs to our economy and well-being continue to mount. We know that global carbon pollution is causing our climate to change and this year carbon pollution reached the highest level of concentration in human history. That’s why in June, President Obama announced his climate action plan that will set sensible limits to carbon pollution for new power plants and eventually limits on carbon pollution from existing power plants. These limits are reasonable and achievable and they will ensure that the power plants of tomorrow aren't built at the expense of our children's future.

I'm dedicated to helping to advance every piece of our nation's low-carbon agenda. We need larger investments in renewable power, investments that are already creating scores of thousands of clean-energy jobs nationwide.

My parents couldn't control the quality of the air we breathed growing up in the shadow of a massive landfill. They did, however, teach me this: we have an obligation, every one of us, to do what we can today to protect our community. Limiting carbon to protect my community from the impacts of climate change is one critical step that we need to take today. I’m ready to Act on Climate and we should all do the same.

Hilda Solis served as the 25th United States Secretary of Labor from 2009 to 2013. This article originally appeared in Fox News Latino.