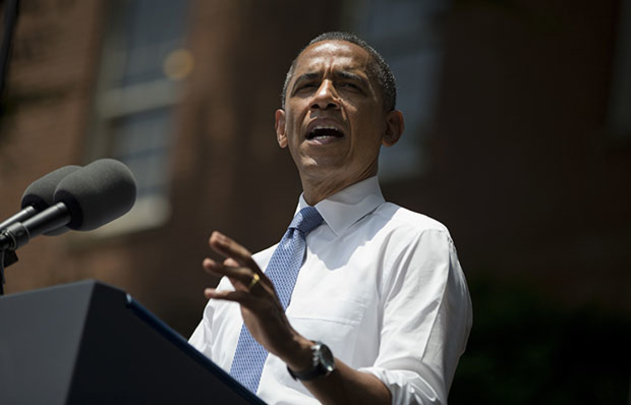 President Obama Calls for Action on Climate, Clean Energy
Latinos also want to be able to tell their children “Yes, we did”

WASHINGTON (January 28, 2014) -- The following is a statement on President Obama's State-of-the-Union address tonight from Adrianna Quintero, director of Voces Verdes.

“Tonight President Obama reaffirmed his commitment to set limits on the amount of carbon pollution that our power plants are allowed to dump into the air and shift our country to a clean energy economy.”

“This is what an overwhelming majority of Latinos (9 out of 10) in the U.S. want: strong presidential action to curb the threat of climate change. http://docs.nrdc.org/globalwarming/files/glo_14012301a.pdf. In comparable surveys on Latino priorities, only immigration reform scored higher levels of intensity.

“President Obama’s commitment to fighting climate change along with his call for immigration reform reaffirms his commitment to listening to Latinos, leaving our children a safer, more stable world, and realizing the promise of the American dream. Together we can do this.