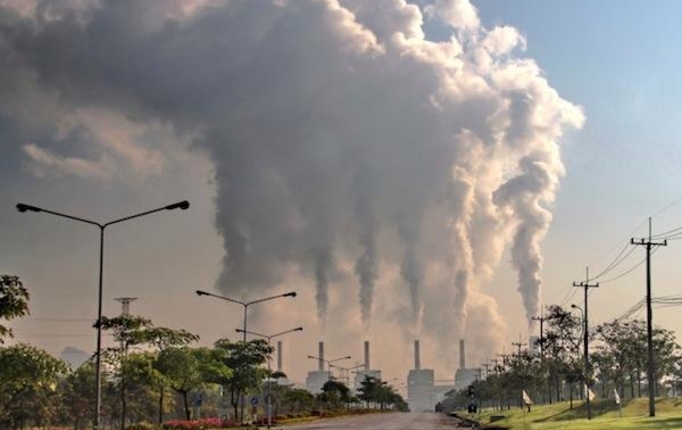 Latinos overwhelmingly favor government action to fight climate change, voicing a level of support exceeded only in their views on immigration reform, according to a new poll commissioned by an environmental group.

Nine in 10 Latino voters surveyed said it was important for the U.S. government to address global warming and climate change; 80% favored presidential action to fight carbon pollution that causes it, according to the nationwide survey funded by the Natural Resources Defense Council.

Other polling has shown that Latinos by wide margins back action to curb pollution, climate change and other environmental problems. The latest poll found even more intense support for policies to counter global warming.

“Almost any way you sliced it, Latinos were saying yes, we think there’s a role for government to regulate and limit carbon pollution,” said Matt Barreto, a professor of political science at the University of Washington and co-founder of Latino Decisions, the political opinion research firm that conducted the poll.

Those views cut across age, income and party affiliation, according to the survey. The poll, however, found somewhat lower support for government action on climate change among Latino Republicans and higher support for environmental protections among Democrats and young Latinos.

The results echo other surveys conducted in recent years for groups like the Sierra Club and National Council of La Raza that have found that a higher percentage of Latinos believe climate change is happening than do Americans as a whole.

The latest poll, conducted in November and December 2013 by Latino Decisions, interviewed 805 registered Latino voters across the country in English or Spanish. The Natural Resources Defense Council said it worked with the polling firm to design the questions.

A comparison to similar polls showed support for climate change action among the Latino electorate was higher and more consistent than on many other issues, including healthcare, education and the economy, and surpassed only by their attitudes on immigration policy, Barreto said.

He said the findings also showed that climate change and environmental protection resonate strongly with Latinos on a cultural level. Many respondents indicated they see global warming and air pollution as global rather than local issues. They also told interviewers they were motivated by beliefs that addressing environmental problems could build a better life for their families and for future generations.

Those findings indicate to Barreto that going forward, “we should be thinking of climate and the environment as a core Latino issue.”

The results also suggest that ignoring Latinos’ views could be a wasted opportunity when it comes to building support for policies to reduce carbon emissions, said Adrianna Quintero, an attorney and director of Latino engagement for the Natural Resources Defense Council.

“We need to really get out there and engage with Latinos to speak up and help us solve the climate crisis,” she said.

Tony Barboza is an Environmental Reporter for the LA Times.