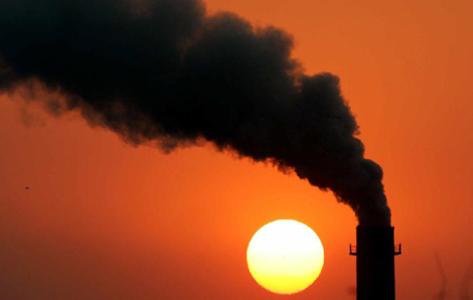 To say that Hispanics care about the safety of the water they drink, the quality of air they breathe, and the weather events prevalent where they live would equate to saying a tree makes a sound when it falls in the forest.  To think that we have no idea of how climate change is affecting our daily lives, however, requires intentional ignorance of what’s increasingly becoming an unavoidable reality: Latinos are aware and we want action.

That is the message that the latest national poll by NRDC and Latino Decisions reveals in a clear and loud voice!  By undisputed majorities, Latinos want our government and leaders to act to prevent further harm to our environment and climate and we’re willing to pay a little extra for clean sources of energy.  Some of the notable findings are:

Currently at 53 million and 17% of the U.S. population, Latinos are expected to reach 129 million and 31% respectively in the next 50 years.  Our demographics clearly point to a growing influence in the political, economic, and business trends in the U.S.  We are a young population with a median age of 27; there are roughly 50,000 Latinos who turn 18 years old and eligible to vote every month, leading to estimates that we will represent 20% of the electorate in 15 years; and our businesses grew at a rate more than double the national rate during the last count conducted by the Census Bureau.  Our overwhelming concern and support for action, however, does not just emanate from our individual interest in the issue; we are keenly aware of the larger impact of inaction.

The outcome of the current policy and regulatory debates and processes will directly impact the quality of air and water available for future generations.  That is why 92 percent of Latinos favor increasing our use of renewable sources of energy such as wind and solar to reduce or fight climate change while 70 percent would pay between an extra $1 to more than $15 per month to reduce carbon pollution from power plants.

Latino Leaders for Action on Climate Change and Clean Energy

Latino communities in the U.S. have a long and proud tradition of defeating landfills, trash incinerators, and coal plants near their homes and schools.  Organizations like Mothers of East Los Angeles and countless public officials can point to environmental justice as their political roots.  However, we have quickly realized that the fight against air and water pollution must be fought on the streets but also at local, state, and federal legislatures and courtrooms and, when called upon, at the ballot box to voice our choice for elected officials or policy referendums. In 2010, when Proposition 23 threated to undo California’s landmark climate law AB 32, areas with high concentration of Latino voters overwhelmingly rejected this attack on ensuring clean air and a fighting chance for the emerging clean energy economy.

Over the past 6 months, I’ve had the opportunity to understand the depth and scope of the myriad roles and voices of Latino leaders, businesses, and organizations who believe we must act now to prevent further harm to our environment and future generations. From Dr. Elena Rios, MD, head of the National Hispanic Medical Association, who is concerned about the public health impacts of a warming world to the Javier Palomarez, head of the U.S. Hispanic Chamber of Commerce, whose Green Builds Business program has trained hundreds of Latino small business owners in adopting green practices into their business models to reap the savings and lower their carbon footprint, Latino leaders and organizations are not waiting around for climate change deniers in the media or public office to get their head out of the sand. Latinos’ strong entrepreneurial spirit is also leading us to break ground in the clean and energy efficiency sectors. Three of our business leaders – Citizen-Energy, Viento Energy Solutions, and Energy Squad - are trailblazers in generating wind and solar energy and helping commercial and residential property owners make their buildings energy efficient through audits, installation of solar panels, and navigating the financial and tax subsidy processes to reap these cost savings.

Over the past 5 years, Voces has built a national coalition of Latino leaders, highlighting their work and coalescing their voices into a unified choir demanding action to combat the devastating effects of climate change and shift our economy toward clean energy that will give our future generations a chance to live healthy and safe lives.

The latest poll results should leave no room for doubt: Latinos are aware of the real threats of climate change and by overwhelming majorities want our government and leaders to take decisive action to combat the sources by establishing strong limits to the carbon pollution driving climate change, developing energy from solar and wind, and increasing our use of these clean sources of energy.  Leaders take note: Latinos care and we are prepared to show our commitment through our purchasing power and political action.

Fernando Cazares is a Lideres Latinos Fellow for Voces Verdes.