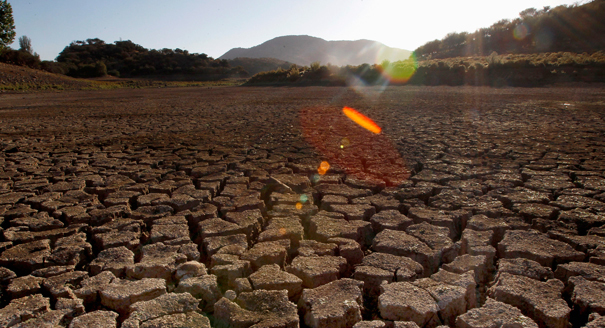 Your abuela or your friend’s abuela may not mention “carbon pollution” or “greenhouse gas emissions” much, but don’t let that fool you into thinking Hispanics are not aware of or unconcerned with what is happening to our planet. In fact, polling confirms that Latinos overwhelmingly support action to curb climate change. A recent poll for the Natural Resources Defense Council by Latino Decisions shows that 80 percent of Latino voters somewhat-to-strongly favor Presidential action to fight carbon pollution.

The reasons are similar to those held by many interested in protecting the planet for future generations. The poll proves that Latinos are concerned about air quality, health effects of a worsening environment and teaching a cultural legacy of environmental stewardship and conservation.

Global climate change is linked inextricably to what happens in our own backyard. Latinos understand that a warming planet means serious challenges for local communities. What does climate change mean for ozone pollution in San Antonio? Sea level rise in Houston? Water flow on the Rio Grande?  Latinos do not want to leave a worse-off planet for their children or their children’s children.

Latinos are ready for our country to act now on climate change and, indeed, about 9 in 10 polled favor requiring better gas mileage for cars through newly proposed Tier 3 standards, increasing the use of renewable energy, such as solar and wind power, and setting limits for carbon pollution from power plants with the carbon pollution standards. These are common sense policies that will result in benefits ranging from improved public health to climate change mitigation. In Texas, the Hispanic population is large and growing, already accounting for nearly 40 percent of overall population and 50 percent of the youth population. This could translate into significant support for these clean air policies and Texans are looking to federal leadership to turn support into action.

During the State of the Union address on Tuesday, President Obama reaffirmed his commitment to tackle climate change and vowed to take concrete action. You too can take action right now by lending your voice to the chorus that supports carbon pollution standards for power plants, a critically important Environmental Protection Agency effort to reduce climate-destabilizing emissions. The Latino community is diverse, but the common thread is the strong desire to take action now on climate change and leave behind a healthy planet for future generations.

Marcelo Norsworthy works withe the Environmental Defense Fund on air pollution issues related to seaports and the freight movement sector of transportation, particularly at the Port of Houston. He has developed and analyzed metrics for estimating emissions at ports, worked with EDF’s corporate partners on leveraging their support for pollution mitigation programs, conducted an evaluation of clean truck programs, and partnered with the U.S. EPA and other federal agencies on transportation sustainability.