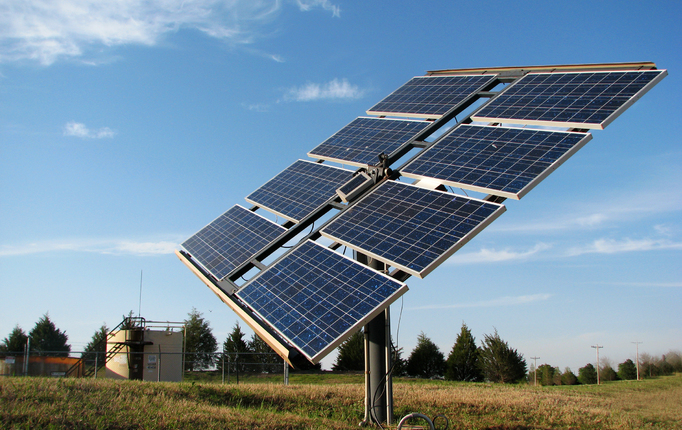 By Beth Bond of Southeast Green

Georgia House Bill 874 (HB874), which is intended to clarify a gray area in current Georgia law, has had an interesting trip in the halls of the Georgia Legislature this year. The proposed bill has a broad base of support and is entitled the Solar Financial Freedom Act.

The bill has had one expected and one unexpected hearing and looks like it is on the fast track after a slow start. Georgia’s legislative session is a short 40 days and it’s amazing what gets accomplished in the last 10 days of each session.

James Marlow of Radiance Solar, representing state solar installers, presented in the first committee hearing that this legislation was a simple financial bill that did nothing to threaten the Territorial Act. Marlow, using the example of how small business finances equipment to make them more competitive, said solar should work the same way. “In our office we lease a copier so we didn’t have to buy a big expensive copier and that makes our office more productive, the same thing can happen for solar.” Marlow added that passing the bill would create more jobs across Georgia and was good for free-market business.

Alexis Chase, Executive Director of Georgia Interfaith Power & Light, testified that, because third-party financing—which is available in 22 other states—was not available to churches in Georgia, churches were being left out of the solar conversation. A small group of churches did try to participate in Georgia Power’s Advanced Solar Initiative and they were left out of the program primarily because of over-subscription to the program. “It (HB874) would help congregations across Georgia install solar because this bill will help finance solar.”

Other proponents included veterans looking to see solar on Georgia military bases, the Georgia Property Rights Coalition, and Debbie Dooley—Tea Party leader and one of the founding members of the Green Tea Coalition.

The most surprising testimony was Georgia Power, which stated that they supported solar and the bill but would like to see language changes, and then six days later said it could not support the bill because of the language exceptions the company had. It’s a bit of a confusing messaging. On the day the bill got tabled for more study, Georgia Power was for the bill, but on the day it looked like it would get out of committee, it was against the bill.

Opponents included the usual suspects: the EMCs and MEAGs. The EMCs say they are for renewable energy and point to their meager Green Power program that has not grown since its inception seven years ago. But they made the strongest argument against the bill stating that they felt it was in direct conflict with the Territorial Act, and the MEAGs simply agreed with that position. There were no citizen groups who stood up against the bill.

Unfortunately, many citizens across the state don’t realize that Georgia Power is not their energy provider. Georgia Power customers are the most fortunate electric consumers in Georgia because Georgia Power has been forward-thinking about renewables. Most EMCs and MEAGs have very limited buy-back programs, if any, and have fought all solar legislation for the past five years. This leaves half of the state citizens sitting on the sidelines asking repeatedly why they can’t sell solar back to their local EMC and why they can’t finance solar when citizens in 22 other states can?

Even though a vast majority of Georgians support more solar, state legislators have continued to rely on the electric producers to dictate energy policy for the state. With the advent of renewable energy and overwhelming proof that solar in particular does not put upward pressure on rates proven by the utility’s own programs, state legislators have a compelling case to move Georgia’s energy legislation into the 21st century. Georgians will have to wait and see what the results of the legislative session bring.