Voces in Action
From Farms to Solar Farms: Women Are Leading the Fight on Climate Change
View News Categories
+ 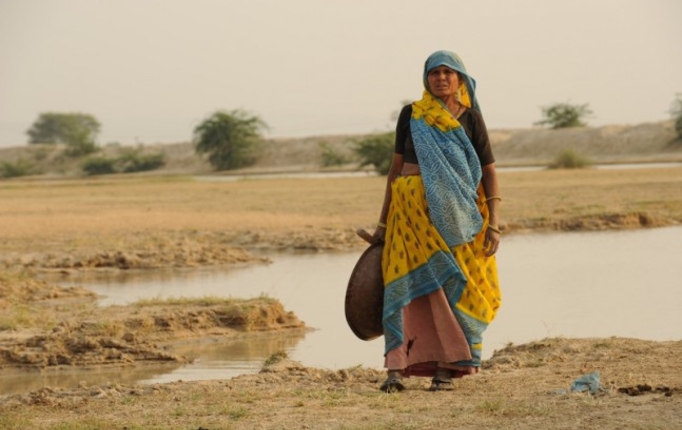 On March 8th, we celebrate International Women's Day, so it's only fitting to also celebrate some of the many ways that women are helping to solve one of the biggest challenges of our time: climate change.

It is well-recognized that in many ways, climate change disproportionately impacts women. However, from farms to solar farms, women around the world are leading amazing efforts to fight climate change and mitigate these impacts.

Christiana Figueres, Executive Secretary of the U.N. Climate Change secretariat noted on CNN that "most of the world's small-scale farmers are women, producing most of the food. This is especially true in developing countries where men often must leave their villages in search of work". Figueres notes that climate change is making the lives of these women more challenging, not only because more frequent crop failure makes it difficult to feed their families, but in many cultures, even in the most extreme weather emergencies (which we know are happening with greater frequency), women are not allowed to leave their homes unescorted -- no matter how great the crisis -- so they're doubly impacted by climate change. Also, many of these women have to cook indoors, in unventilated spaces with fuels like coal, wood or dung, exposing them to black carbon, which leads to 1.5 million deaths per year.

Secretary Figueres' article is inspiring because it highlights the role of women in solving these problems through efforts like the Low Smoke Stoves Project and the efforts of women in Guatemala "planting trees to sequester carbon and improve farming techniques."

There is also a great video on empowering women in South Asia to take the lead on climate change adaption and the barriers women face in tackling climate change, "as many lack access to weather information and services (and) struggle with lower levels of literacy". In Nepal and Bihar (north-eastern India) for the past two years a"series of "train-the-trainer workshops" on the theme, "Gender, Agriculture and Climate Change" has been rolled out in 75 districts to help transform this unequal playing field.

Here in the U.S., women are getting involved as well and blazing trails finding solutions to our climate crisis. Whether we look to the policy sphere where EPA Administrator Gina McCarthy is leading the way towards implementing President Obama's Climate Plan, to Erica Mackie, co-founder and CEO of Grid Alternatives, the nation's largest nonprofit solar installer, to Goldman Environmental Prize Winner Kimberly Wasserman Nieto, who played a critical role in Chicago's fight to close down some of the country's dirtiest, most polluting coal power plants. I myself am lucky to work with some amazing women here at http://www.nrdc.org, including our president, Frances Beinecke. This leadership at all levels, in all places, is coming together to help change the course of our climate crisis.

Luckily for all of us, every day there are more and more women -- too many to name here -- committing their lives to this important fight. Still, if we are to solve this problem, we need to continue to encourage more girls and women into science, technology, engineering and mathematics, or STEM. A recent piece in Scientific American this January highlights a U.S. Department of Energy video series on the need to get more women into STEM.

Getting more women working in science, technology, engineering and math will lead to more women like one woman featured in the series, Carter Wall, who says her educational path led her to her passion. She is now "a biochemist in Massachusetts who manages the clean energy division of Broadway Electrical Company, one of the largest solar developers in the Northeast."

So let's go into International Women's Day aware of the climate challenges we face, and inspired by the women all over the world working to create a better, safer world with cleaner air to breathe and clean renewable energy solutions for our kids. We can do it and women can lead the way.