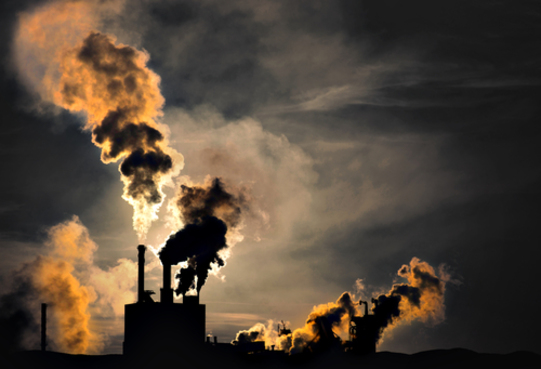 WASHINGTON (March 20, 2014) –  A ground-breaking Natural Resources Defense Council proposal on how to cut carbon pollution from America’s power plants can achieve even greater reductions than previously thought—and at less cost, NRDC said today as it released an updated analysis of its 2012 plan.

NRDC’s new analyses shows that 470 to 700 million tons of carbon pollution can be eliminated per year in 2020 compared to 2012 levels, equivalent to the emissions from 95 to130 million autos.

At the same time, the plan would yield $28 billion to $63 billion in medical and environmental benefits that far outweigh the costs of putting first-ever limits on carbon pollution.

The better outcomes result from updating the 2012 model to reflect recent trends in the electricity industry, including lower electricity demand than previously expected and reduced costs for wind turbines, and natural gas.

Furthermore, the analysis released today also demonstrates there are various paths, not just one, to achieve dramatic reductions in the carbon pollution power plants release. The new analysis examines solutions that rely, to varying degrees, on energy efficiency, wind energy, and carbon capture and storage.

“Today, while we limit sulfur and mercury emissions from power plants, there are no national limits on the vast amounts of carbon pollution these plants emit. That’s driving destructive climate change and putting future generations at grave risk,” said NRDC’s Executive Director Peter Lehner. “NRDC’s new analysis demonstrates that there are cheaper, cleaner and more routes to substantially reduce this dangerous pollution. They would eliminate billions of tons of carbon pollution from our air; create tens of thousands of clean energy jobs and deliver benefits of up to $63 billion in 2020—6 times greater than the cost.”

President Obama put climate change on the nation’s agenda in his second inaugural address, and followed up by announcing a national climate action plan last June. Its centerpiece aims to limit the largest source of carbon pollution in the United States, emissions from power plants.  Last September, the U.S. Environmental Protection Agency proposed the first standards to curb carbon pollution from future power plants, and is scheduled to roll out proposed standards for the nation’s roughly 1,000 existing power plants by June 1, 2014.

NRDC’s power plant proposal, released in December 2012, has been widely seen as a possible model for those EPA standards, according to news reports. NRDC’s innovative proposal would have EPA set carbon limits for each state based on its current fuel mix, and states and power companies would get maximum flexibility to meet the targets the most cost-effective way, using steps such as improved energy efficiency, not just actions that can be taken at individual power plants.

The updated analysis released today outlines multiple ways to major carbon reductions from power plants with additional scenarios not considered in the 2012 report. They include the impact by 2020: if less energy efficiency is adopted by the states; if more ambitious targets are set for carbon emissions; if more ambitious targets are coupled with less energy efficiency; if carbon capture and storage is deployed to reduce emissions; and the combination of ambitious standards, less efficiency than in NRDC’s 2012 plan and extension of the federal wind Production Tax Credit to 2020.

The analysis shows that under these approaches the nation could:

Lower consumers’ electricity bills.Cut power plant carbon pollution by 21 to 31 percent in 2020, and by 25 to 36 percent by 2025, compared to 2012 levels of pollution.Reduce annual emissions by 470 to 700 million tons of carbon pollution by 2020.Stimulate investments of $52 billion to $121 billion in cost-effective energy efficiency and renewable energy between now and 2020, boosting local and state economies.Prevent more than 17,000 asthma attacks annually, avoid more than 1,000 emergency room visits and prevent thousands of premature deaths by 2020.Deliver benefits in lives saved, reduced illnesses and damage avoided from climate change that surpass the cost by as much as $21 billion to $53 billion by 2020.

“As we did in 2012, we are upending conventional wisdom. Not only is it possible to use the Clean Air Act to reduce power plant carbon pollution significantly and cost-effectively, there are many pathways to do so that do not require increasing our reliance on natural gas,” said Daniel Lashof, director of the Climate and Clean Air Program at NRDC.

“The impact could be enormous: We could eliminate hundreds of millions of tons of carbon pollution, save thousands of lives and stimulate a surge in clean energy and energy efficiency investments,” Lashof added, “and all at a lower cost than many would imagine.  Now is the time to go after the carbon pollution that jeopardizes our children and future generations.”

NRDC commissioned ICF International to analyze the initial proposal and the new update using the company’s proprietary Integrated Planning Model (IPM®) and NRDC’s assumptions. The utility industry and the EPA often use the IPM® model to determine cost-effective ways of meeting the nation’s electricity needs, and to assess the effects of new standards.  NRDC provided the depiction of the plan and other assumptions required for the analysis.

A blog by Dan Lashof on the updated power plant analysis is here: http://switchboard.nrdc.org/blogs/dlashof/

The Natural Resources Defense Council (NRDC) is an international nonprofit environmental organization with more than 1.4 million members and online activists. Since 1970, our lawyers, scientists, and other environmental specialists have worked to protect the world's natural resources, public health, and the environment. NRDC has offices in New York City, Washington, D.C., Los Angeles, San Francisco, Chicago, Bozeman, MT, and Beijing. Visit us at www.nrdc.org and follow us on Twitter @NRDC.