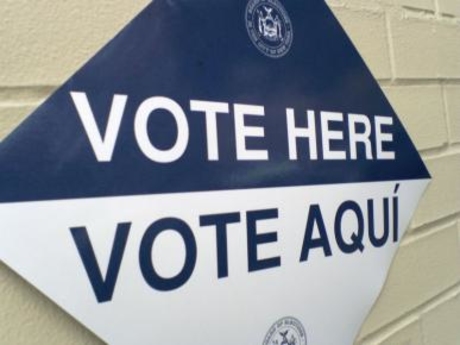 In 2012 Latinos made up 1 in 10 voters and helped decide the Presidential election with record-setting voter margins. Last month in California, the most populous state in the nation, the Hispanic population surpassed that of non-Hispanic whites. The only other state to reach this benchmark is New Mexico, where the Latino population is almost 10% larger than that of non-Hispanic whites.

As the Latino population continues to grow across the country, so does its influence in key political arenas. In battleground states like Florida, Colorado, and Nevada, Latinos accounted for 17, 14, and 18 percent of voters in 2012, respectively, an increase from previous elections. The trend has reignited a lively discussion about the influence of the American Latino community, the “sleeping giant” of American politics.

There’s also a lesser-known political trend that is emerging among the country’s youngest and fastest-growing demographic: the demand among Latinos for action to address climate change. In a new national poll released last month by the Natural Resources Defense Council and Latino Decisions:

How is this demographic shift significant to environmental advocacy?

The implications of this demographic moving so clearly in favor of pro-environmental policies is significant. For one, environmental policy issues are likely to fast become determining issues for Latino voters on both sides of the aisle. According to Latino Decisions, a leader in Latino political opinion research, the only other policy issue that has received such high levels of support is immigration reform, an issue in the lead among the most significant deciding issues for Latino voters across the political spectrum.

This demographic shift is also significant as the impacts of climate change become more severe. In recent months, key electoral states with large Latino populations have felt the devastating effects of climate change, from the unprecedented flooding in Colorado to California’s historic drought. With 50,000 Latinos turning 18 every month, a solid stance on environmental policy may fast become a make or break issue for elected officials in these states and at the national level.

Combined, these trends paint a clear picture, one of a Latino population that disproportionately supports action on climate change and that is increasingly influential in key political states.

Environmentalists, take note: this is a major opportunity for the environmental movement to move forward policy that has stalled in the past. Equally as urgent, it is a tremendous opportunity to elevate the voices of Latinos, among other communities of color, disproportionately affected by environmental issues. A few examples:

Perhaps most important, it’s an open door to create more space for diversity in a movement that needs broader support to succeed, and one that will be more effective by better engaging underrepresented communities. How well we do this will be a measure of how quickly and how equitably we hope to meaningfully address climate change, the defining issue of our time.

To read this piece in Spanish, please clicking here.