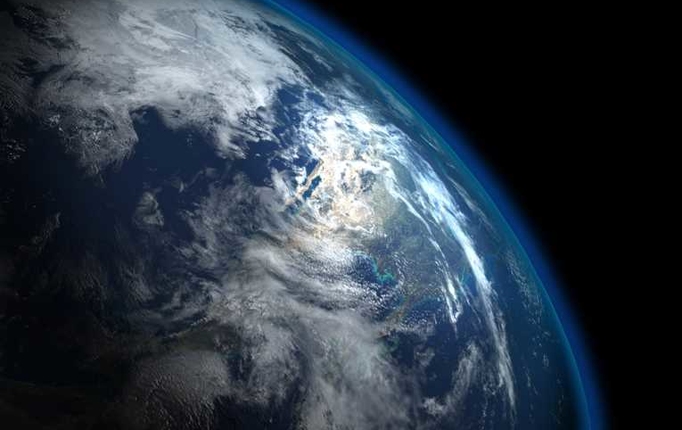 WASHINGTON — The United States needs to enact a major climate change law, such as a tax on carbon pollution, by the end of this decade to stave off the most catastrophic impacts of global warming, according to the authors of a report released this week by the United Nations Intergovernmental Panel on Climate Change.

But aggressive efforts to tackle climate change have repeatedly collided with political reality in Washington, where some Republicans question the underlying science of global warming and lawmakers’ ties to the fossil fuel industry have made them resistant to change. The rise of the Tea Party in recent years has also made a tax increase unlikely.

This week’s report makes clear, however, that the window is rapidly narrowing to forge new policies that will protect the globe from a future of serious food and water shortages, a drastic sea level rise, increased poverty and disease and other profound risks.

“What would be required is a nationwide carbon pricing policy,” said Robert Stavins, director of Harvard’s environmental economics program and a lead author of the report. “And that would not be possible without action from Congress.”

Democrats have twice pushed serious bills to force greenhouse gas polluters like coal-fired power plants and oil refiners to pay to pollute. Both of those bills — one by President Bill Clinton in 1993 and one by President Obama in 2010 — ultimately failed, contributing to heavy Democratic losses in midterm elections.

Lawmakers who back such efforts, which represent a threat to the bottom lines of the fossil fuel industry, particularly coal, the nation’s top source of carbon pollution, have been criticized by campaigns from Republicans, Tea Party-affiliated “super PACs” like Americans for Prosperity, and the coal and oil industries.

Many members of the Republican Party question the established science that carbon pollution contributes to climate change — and hundreds have also signed on to a pledge promising never to raise taxes.

But there has not been a huge public outcry to endorse new climate change policy. Polls consistently show that while a majority of Americans accept that climate change is real, addressing it ranks at the bottom of voters’ priorities.

In the absence of action from Congress, Mr. Obama has taken controversial measures to counter climate change; he has already used his executive authority under the Clean Air Act to create Environmental Protection Agency regulations that will slash greenhouse gas pollution from cars and coal-fired power plants.

During this year’s midterm election campaigns, Republicans have used carbon-control policies as a political weapon, calling Mr. Obama’s E.P.A. rules a “war on coal.” The Senate Republican leader, Mitch McConnell, who is running for re-election in the coal-heavy state of Kentucky, has vowed to use every legislative tactic available to block, repeal or delay those rules if Republicans win control of the Senate this fall.

Within that context, many in the Republican establishment think that talking about climate change — and, particularly, any policy endorsing a tax on fossil fuels — would be political suicide for a Republican seeking to win the party’s nomination in 2016.

The United Nations report says that if the world’s major economies do not enact steep, fast climate policies well before 2030, in order to cut total global emissions 40 to 70 percent by 2050, the prospects of avoiding a global atmospheric temperature increase of 3.6 degrees Fahrenheit, the point past which scientists say the planet will be locked into a dangerous future, will be far more difficult and expensive.

Ten countries are responsible for 70 percent of the world’s total greenhouse gas pollution. While the report makes clear that all major economies must act, the actions of China and the United States, the top two carbon polluters, will be most crucial.

The authors of the report say Mr. Obama’s E.P.A. regulations represent a significant first step to cutting United States carbon pollution — but not enough to avert the worst effects of a warming world.

The next president will have to both carry out Mr. Obama’s climate change rules and quickly push through even more stringent pollution-cutting policies, according to the report’s authors.

“We need to increase the slope and the pace of the change,” said David Victor, one of the report’s authors and an expert on climate and energy policy at the University of California, San Diego. “Accelerating what we’re doing in the U.S. will be very important for the next administration.”

Despite the history of roadblocks to enacting climate change policy, some experts say they do see some potential for a legislative path to cut United States carbon pollution.

One window could open if Congress takes up a comprehensive effort to overhaul the nation’s corporate tax code, which could happen after the 2016 presidential election.

Lawmakers from both parties have pushed tax reform — and in that context, there could be room for a grand bargain incorporating new carbon tax, which Democrats want, paired with a cut in corporate or income taxes, which Republicans want. Prominent conservative economists, like Douglas Holtz-Eakin, who advised Senator John McCain’s 2008 presidential campaign, and Gregory Mankiw, who advised Mitt Romney’s 2012 bid, have endorsed that proposal.

Experts also note that a shift at the national level could come as more states enact climate change policies. Currently California and several Northeastern states, including New York, have enacted state-level programs to force carbon polluters to pay to pollute.

Historically, California’s environmental laws have served as a vanguard and model for national environmental policy. The push for state-level policies could rise, say experts, if there is a significant increase in extreme weather like droughts and flooding, which contribute to higher adaptation costs for state and local governments.

“The question is whether state and local entities want to see action — and if that can then be translated to local action,” said Thomas Peterson, founder of the Center for Climate Strategies, a nonprofit group that works on climate policy with state governments.

This week’s report said the impact of climate change was already being experienced, and it followed on earlier scientific reports that have noted that climate change was exacerbating drought in Texas, rapidly rising sea levels along the Atlantic coast and higher storm surges caused by hurricanes in states like Florida and Louisiana. Among the likely Republican contenders for the 2016 presidential nomination are Gov. Chris Christie of New Jersey, former Gov. Jeb Bush of Florida, Senator Marco Rubio of Florida, Gov. Bobby Jindal of Louisiana and Senator Ted Cruz of Texas.

Of courses, some of those contenders, like Mr. Cruz, Mr. Jindal and Senator Rand Paul of Kentucky, also hail from states where fossil fuel development is a key part of the economy — and have thus led the way in fighting carbon control policies.

Coral Davenport is a Correspondent for The New York Times covering energy and environmental policy.