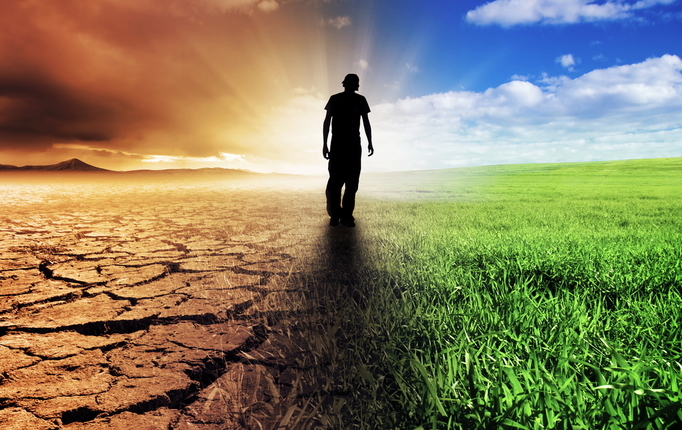 Today is Earth Day, and for the tens of millions of U.S. Latinos breathing the county’s dirtiest air, and the vast majority of U.S. Latinos living in communities threatened by climate change, we all have a reason for reflection and action!

2012 was the hottest year on record for the continental United States, and 2013 was tied for fourth-hottest. When extreme weather like heat waves and super storms caused by climate change hit the country crops and agricultural workers are devastated, poor people of color are disproportionately displaced from their homes, and those living with the worst air quality are even more at-risk for respiratory and heart related death (some 7,000 more fatalities each year).

There’s more bad news: Climate Change is going to disrupt the regions of the U.S. with the highest concentration of Latinos and other people of color.  Take a look at these extreme heat projections in the West and Southwest U.S. for 2030.  Or check out sea-level rise projections in places like Miami and New York City for 2050, along with the corresponding threats for supercharged storms that come with it…

Notice something?  The above regions have the highest concentration of Latinos and other people of color, and that number will only continue to grow.  It doesn’t take a scientist to see that two freight trains — Latino population growth and extreme weather driven by climate change — are heading straight towards each other.

So will the climate change story end in disaster? Or could this be an opportunity to adapt to and overcome a great challenge? Latino leadership is critical to answering this question.

Now for the exciting part: fighting back and adapting will present one of the greatest opportunities to rebuild and enhance the economy, upgrade infrastructure and homes, strengthen neighborhoods, and improve public health in the places that need it the most.

Why? Because it will require major investments in clean energy, more green space and trees, more bike paths and clean transportation, and the cleaner air that goes with it. Ditching fossil fuels and moving towards clean energy will stop cooking our planet and poisoning or communities, and start creating new jobs and economic mobility.

I’ve written before that the Clean Economy is an opportunity for U.S. Latinos, creating new demand for goods and services, new businesses and new jobs.  Overwhelmingly, Latino communities support clean energy, some 86 percent say they prefer the country to invest in clean energy over fossil fuels.

So there’s the challenge, and the opportunity...What are we going to do about it?

Stay connected Voces Verdes and EDF. We’re working to elevate Latino voices in the climate movement, and we need your help.

And not just because it is Earth Day, because future U.S. Latinos are depending on us!

Jorge Madrid is the Partnerships Coordinator for the EDF’s U.S. Climate and Energy Program, and a member of the steering committee for Voces Verdes.  He is a former graduate fellow with the Congressional Hispanic Caucus Institute, and his work has been highlighted in the Los Angeles Times, the Washington Post, Politico Magazine, Univision, and Think Progress.  He holds Master’s degrees in Urban Planning and Public Administration from the University of Southern California.