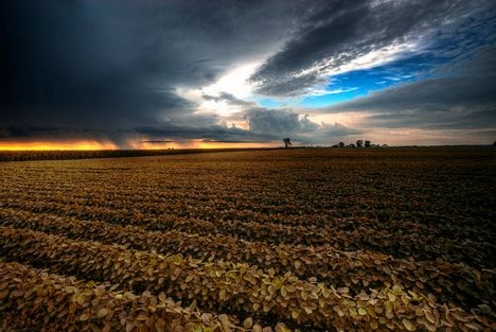 With the click of a computer mouse, the potential risks of rising sea levels will soon be searchable — by ZIP code — for all U.S. coastal communities.

An online mapping tool will show how much sea levels are expected to rise in each area, as well as the number of residents and buildings that could be flooded. Initially launched in March 2012 for New York, New Jersey and Florida, it will expand to cover New England on Wednesday, the Pacific states later this spring and the rest of the coastal U.S. by the end of summer.

"This is a brave new world. Rising seas are posing a totally new challenge to American ingenuity," says Ben Strauss, vice president for climate impacts at Climate Central, a non-profit group based in Princeton, N.J. It used private foundation funding to create the "Surging Seas" database. The results, based on data from more than 10 federal agencies, tell a sobering story.

In New York City, for example, different projections suggest sea level will rise nearly a foot by 2040. But as storms come along in the future, there's more than a one in three chance for a 6-foot flood by that year, Strauss says. That would be more than a foot higher than anything on record except Superstorm Sandy, which caused massive flood damage in Manhattan and parts of New Jersey in October 2012. A 6-foot flood level would be high enough to threaten the subway system again, Strauss says.

With the marking of Earth Day on Tuesday, "Surging Seas" is part of a new generation of free user-friendly tools, made possible by dramatic improvements in computing power and data availability, that show how local climates are changing as global temperatures rise. Another one, launched in February, allows people anywhere to see deforestation, which exacerbates global warming, in real time.

"It's groundbreaking," says Crystal Davis of World Resources Institute, a non-profit research group based in Washington, D.C. It spent more than two years working with Google and more than 40 other partners to build "Global Forest Watch."

"It wasn't possible to do this even a few years ago."

This tool reveals how much tree coverage has been lost — or, in same places, gained —each year since 2000. Worldwide, it shows that nearly 900,000 square miles of tree cover has disappeared in those 13 years, the equivalent of losing 50 soccer fields' worth of forest every minute.

One of the world's top deforestation hot spots is Atlanta's suburbs, where urban sprawl and rising demand for bigger houses has led to extensive tree loss. The mapping tool even shows the impact of local developments. Its map of Washington, D.C., has pink spots on New York Avenue, where a 15-acre parcel was mostly cleared of trees to build a Walmart store until the deal collapsed last fall.

Davis says researchers used to have a multiyear lag in their understanding of global deforestation, but that's no longer the case, thanks to NASA satellite data — made available in 2007 — as well as the University of Maryland's algorithms and Google's computing.

"It would have taken decades to produce such high-resolution maps on a single computer," says Rebecca Moore, engineering manager of Google Earth Engine, which used 10,000 computers to do so in two days. Google, using images from NASA and the U.S. Geological Survey, has also built Timelapse, which shows dramatic changes in parts of the world over the past 40 years — notably Las Vegas' growth, Wyoming's coal mining, Alaska's Columbia Glacier retreat and Canada's tar sands extraction.

Google also plans to create a high-resolution drought map for the mainland United States as part of the Obama administration's Climate Data Initiative, launched last month with the help of more than a dozen U.S. companies, universities and private groups, as well as the World Bank.

The U.S. government unveiled a new link — climate.data.gov — to be its central website for climate data and applications, such as the Environmental Protection Agency's Stormwater Calculator. This tool, aimed at both site developers and homeowners, estimates the annual amount of rainwater and frequency of runoff from a specific site anywhere in the USA.

There's also the Aqueduct atlas, developed by the World Resources Institute, which uses a variety of data sources to track the world's supply, access and quality of water. For Americans wanting to see how their area fares, WRI's Paul Reig says: "They'll learn what the level of competition is for water."

Wendy Koch takes a multimedia lens to energy and environmental issues. She joined USA TODAY in 1998 and has also served as its morning editor and Congressional reporter.