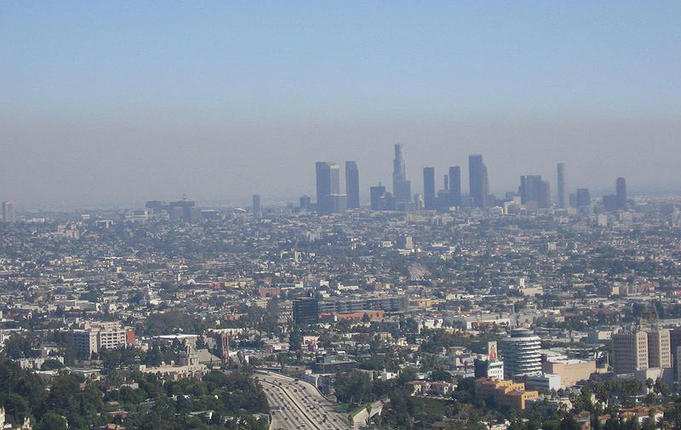 After being criticized for assessing environmental hazards only by the state's 1,800 ZIP Codes, Cal/EPA issues scores for its 8,000 census tracts.

The California Environmental Protection Agency has released a statewide list of census tracts most burdened by pollution, providing a first-of-its-kind ranking certain to pressure regulators to clean up neighborhoods with long-standing health risks.

Many of the worst pollution pockets identified and mapped by state officials are in the San Joaquin Valley, Los Angeles County and the Inland Empire. Their residents are largely low-income Latinos who have had little power to force improvements in their communities.

By providing the public with an objective accounting of conditions in areas as small as a few thousand residents, Cal/EPA has created a powerful tool to spur regulators to act in highly polluted neighborhoods, state officials and environmental activists say.

"It is a major breakthrough that will give us a better opportunity to direct or redirect precious resources to the communities that need it the most," said state Sen. Kevin de León (D-Los Angeles).

De León wrote a 2012 law that requires the state to spend 25% of the auction proceeds from California's greenhouse gas-cutting cap-and-trade program to benefit disadvantaged communities that face disproportionate effects from pollution and climate change.

The screening tool, called CalEnviroScreen, was developed by the Office of Environmental Health Hazard Assessment, a branch of Cal/EPA, to pinpoint the communities with the highest exposure and vulnerability to multiple environmental hazards, including polluted air and water, waste facilities and contaminated soil.

The rankings, however, are not based only on measures of environmental exposure. They also take into account socioeconomic characteristics and health data on residents to assess the overall vulnerability of communities. Those factors include poverty, education, unemployment, rates of asthma and low-birth-weight infants.

Putting all 19 criteria together, state officials say, gives the best indication of the environmental risks faced by California's most vulnerable populations. Government agencies could address those risks through a variety of measures, including environmental enforcement, cleanups and economic remedies, such as creating sustainable development projects to provide jobs.

Teresa DeAnda, who lives in a house with a view of rows of almond trees in Earlimart, a small agricultural town along Highway 99 in Tulare County, looked up the ranking of her neighborhood online and learned it scored among the worst 10% in the state for fine particle air pollution, contaminated drinking water and pesticide use.

"I was startled but not surprised," said DeAnda, director of the Committee for the Well Being of Earlimart, a community group formed some 15 years ago to fight pesticides that drift through the air and into the community from surrounding farms. "I wish that they would take the next step and try to make it safer for us and remediate all the pollution that we're bombarded with here."

Gov. Jerry Brown's proposed budget for 2014-15 would set aside $225 million of $850 million in cap-and-trade proceeds for disadvantaged communities.

The environmental health assessment, published in draft form this week, was a major update to an initiative that includes an interactive online map and is being refined over time by Cal/EPA. The state's first such report last year assessed the state by ZIP Code and yielded broadly similar results, showing that Latinos and African Americans make up a disproportionately high percentage of the population in areas most affected by pollution.

But the previous list was criticized by environmental justice groups and researchers who complained that ZIP Codes were too large and arbitrary to reveal much.

California has about 8,000 census tracts compared with about 1,800 ZIP Codes. "This scale of analysis represents a finer level of resolution for many parts of the state," the Cal/EPA report says.

Manuel Pastor, director of the USC Program for Environmental and Regional Equity, who developed a precursor to the state's screening tool, agreed.

"This will be an extraordinarily useful tool because it lets us look at the state neighborhood by neighborhood," he said.

Some of the worst-scoring neighborhoods sit next to busy ports, rail yards and freeways in places such as Boyle Heights, Long Beach, San Bernardino and San Jose, where residents are exposed to higher levels of air pollution from vehicle exhaust.

Topping the list is a tract in Fresno crisscrossed by freeways, where more than 3,000 people live with the some of the state's highest levels of toxic air releases and asthma rates.

A pocket of homes west of the LA/Ontario International Airport is high on the list because it has some of the state's worst smog, diesel soot and a high number of cleanup sites and hazardous waste facilities.

TONY BARBOZA is a Reporter for the LA Times covering the environment, with interest in air, oceans and climate change.