Voces in Action
A battle is looming over renewable energy, and fossil fuel interests are losing
View News Categories
+ 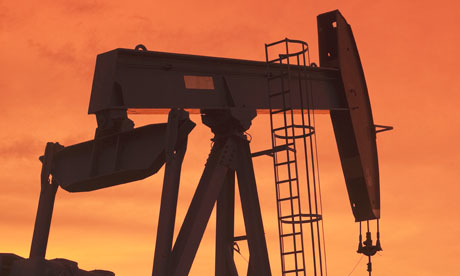 By Steven Mufson and Tom Hamburger

In state capitals across the country, legislators are debating proposals to roll back environmental rules, prodded by industry and advocacy groups eager to curtail regulations aimed at curbing greenhouse gases.

The measures, which have been introduced in about 18 states, lie at the heart of an effort to expand to the state level the battle over fossil fuel and renewable energy. The new rules would trim or abolish climate mandates — including those that require utilities to use solar and wind energy, as well as proposed Environmental Protection Agency rules that would reduce carbon emissions from power plants.

But the campaign — despite its backing from powerful groups such as Americans for Prosperity — has run into a surprising roadblock: the growing political clout of renewable-energy interests, even in rock-ribbed Republican states such as Kansas.

The stage has been set for what one lobbyist called “trench warfare” as moneyed interests on both sides wrestle over some of the strongest regulations for promoting renewable energy. And the issues are likely to surface this fall in the midterm elections, as well, with California billionaire Tom Steyer pouring money into various gubernatorial and state and federal legislative races to back candidates who support tough rules curbing pollution.

The multi-pronged conservative effort to roll back regulations, begun more than a year ago, is supported by a loose, well-funded confederation that includes the U.S. Chamber of Commerce, the National Association of Manufacturers and conservative activist groups such as Americans for Prosperity, a politically active nonprofit organization founded in part by brothers David and Charles Koch. These groups argue that existing government rules violate free-market principles and will ultimately drive up costs for consumers.

The proposed measures are similar from state to state. In some cases, the legislative language matches or closely resembles model bills and resolutions offered by the American Legislative Exchange Council (ALEC), a free-market-oriented group of state lawmakers underwritten in part by Exxon Mobil, Koch Industries, Duke Energy and Peabody Energy.

“Now more than ever is the time for states to lead the way,” ALEC’s top officials told its members at a meeting in December.

The coalition campaigns have achieved only symbolic victories in a few states. Nonbinding resolutions critical of the EPA power plant proposals have been approved in Alabama, Georgia, Nebraska, West Virginia and Wyoming. Three other states — Louisiana, Missouri and Ohio — are weighing legislation similar to the ALEC model.

Only one of the 18state legislatures has approved a more substantive measure that would preempt the EPA’s power plant rules. And even that bill, in Kentucky, could backfire by giving up a chance for the state to design its own program and forcing it to accept a federal compliance program.

“Clean energy is beginning to become mainstream,” said Gabe Elsner, executive director of the Energy and Policy Institute, a clean-energy think tank in Washington. “Renewable energy is popular and has increased political power now,” but, he added, “that power is still eclipsed by the resources of the fossil fuel industry.”

Kansas might be the best place to see how these dynamics are unfolding.

The state was a promising choice for a foray against rules known as renewable-energy standards, which set minimum levels of renewable-energy use by electric utilities. Variations of these rules have been adopted in about 30 states, even though Congress did not pass a federal version of the requirement. In Kansas, a law passed in 2009 requires utilities to use wind and solar power to generate at least 15 percent of their electricity by 2016 and 20 percent by 2020.

The coalition seeking the repeal of the renewable mandate had all the ingredients for success.

Financial muscle came from the Kansas Chamber of Commerce, which lobbied heavily for repeal. In addition, the state is home to Koch Industries, the Koch brothers’ Wichita-based energy conglomerate. The state representative for Wichita, Republican Dennis Hedke, has called the company “one of the greatest success stories in the world” and said “they are making very positive contributions.” Hedke chairs the state House’s Energy and Environment Committee.

“Koch has consistently opposed all subsidies and mandates across the board, especially as it relates to energy policy,” Philip Ellender, president and chief operating officer of Koch Companies Public Sector, said in a statement, citing the company’s opposition to the renewable fuel standard, wind production tax credit and ethanol mandate. “Government should not mandate the allocation or use of natural resources and raw materials in the production of goods.”

The ideological case was buttressed by conservative think tanks. Kansans for Liberty supported repeal, and the state branch of Americans for Prosperity told supporters that “green energy mandates replace the free-market with bureaucratic government oversight, driving up costs for hard-working Kansas families.” The national group has spent $300,000 in the state pushing for the rollback of renewable standards.

Connections to key Kansas politicians also were strong. Both the Kansas state Senate’s president, Susan Wagle (R), and the speaker of the state House, Ray Merrick (R), are members of the ALEC board and backed repeal.

“The repeal of the RPS [renewable portfolio standards] fits in line with the goals of the organization,” said Wagle, who said she joined ALEC in the 1990s in connection with her opposition to health-care reform led by Hillary Rodham Clinton, then the first lady.

Moreover, the Kansas economy relies heavily on fossil fuels. The state is the nation’s 10th-largest producer of crude oil and 12th-largest of natural gas, according to the federal Energy Information Administration. In 2013, coal-fired power plants provided 61 percent of the state’s electricity, well above the national average.

But the strong winds that blow across Kansas have carried new interest groups into the state. Kansas ranks sixth in the country in wind output, which jumped by a third last year and equaled 19 percent of the state’s electricity, the EIA says.

The growing number of wind farms not only generate power but royalties for landowners. Dorothy Barnett, executive director of the Climate and Energy Project, said that Kansas landowners receive more than $13 million a year. “This issue is an issue that touches rural Kansans, and we have a lot of rural Kansas legislators,” she said.

Wind proponents cite manufacturing jobs, too. At a plant in the state, Siemens is making nacelles, the automobile-size units that contain wind-turbine gearboxes and electronic control equipment, for the biggest turbine order ever for wind farms in Iowa.

Supporters of repeal had trouble making the argument that the renewable-energy mandate had raised electricity rates by 40 percent, as ALEC asserted. The Kansas Corporation Commission reported that the rate impact of renewable-energy standards was about 0.16 cents of the 9.2-cent retail cost of electricity per kilowatt hour. It said that meeting the requirement “requires less than 2 percent of the revenue requirement of the utilities while supplying more than 10 percent of the generation capacity in the state.”

Conspicuously silent during the entire debate has been Gov. Sam Brownback (R), a leading conservative politician who as a U.S. senator vigorously supported federal production tax credits for wind developers. The state legislature’s Republican leaders met with him.

“I do not believe he will veto a bill, but he also is not likely to come out in support of the bill,” Hedke said when the repeal debates were intense. “He’s stayed on a particular path, and people in leadership disagree with him.”

Eventually, the Kansas Senate passed two bills, one postponing the renewable targets and one repealing them. Both failed in the state House, although the bill’s backers have vowed to bring them back.

Meanwhile, similar coalitions are trying to thwart regulations in other states.

In Ohio, which relied on coal for 69 percent of electricity generation in 2013, the push to reverse the renewable-energy standards is very much alive, with the Akron-based utility company FirstEnergy leading the charge.

Environmental groups who are fighting to protect Ohio’s renewable-energy standards fear that the heavily Republican legislature will vote in favor of the reversal, so they are placing their faith in Gov. John Kasich (R). He has given qualified support to renewables in the past, saying in his 2012 State of the State address that, although the state should avoid anything that drives up costs for residents, “we need to embrace renewables.”

This year, he hasn’t taken a position on the reversal bill. Opinion polls in Ohio show widespread support for expanding renewable-energy use, and Kasich is running for reelection this year. But the governor, who won by a slim margin in 2010, is thought to harbor ambitions for national office, and it isn’t clear how the issue cuts for him politically.

The battle also has stretched to West Virginia, where a bill designed to preempt EPA regulations was amended with language that basically “defanged” it and made it symbolic, said Aliya Haq, who monitors state efforts for the Natural Resources Defense Council.

Months ago, ALEC had distributed a report called “The EPA’s Assault on State Sovereignty,” suggesting constitutional and economic arguments against the new power-plant and other environmental rules.

“I’m not going to let the EPA have an unabated run at the American economy,” said Hedke, the Kansas legislator.