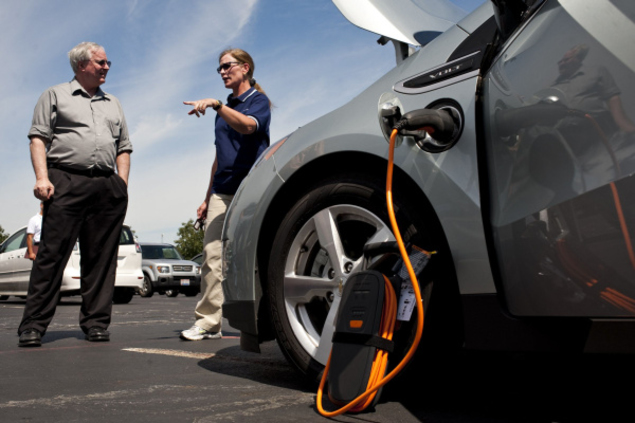 For the first time since becoming a state in 1850, Latinos are the "new majority" in California, representing the largest ethnic demographic in the country's most populous state. While Latinos account for 39 percent of California's population, they are disproportionately exposed to dangerous air quality, health impacts, and adverse economic risk from dirty fuels.

In fact, the five most polluted cities in America are all in California -- and all have majority Latino populations living in them. The main source of the pollution is the transportation sector, more specifically, the dirty fuels that power California's transportation sector, responsible for nearly 70 percent of smog-forming gases and 40 percent of the state's climate change pollution every year.

A new report by EDF and the America Lung Association gives us a stark look at the impact of dirty fuels and offers a path forward to build healthier and stronger communities with cleaner fuels via the state's Low Carbon Fuel Standard (LCFS) and cap-and-trade (C&T) program. California Latinos, the population with the highest risk and exposure, should be paying close attention. Here are five reasons why:

JORGE MADRID is the Partnerships Coordinator for the EDF’s U.S. Climate and Energy Program, and a member of the steering committee for Voces Verdes.  He is a former graduate fellow with the Congressional Hispanic Caucus Institute, and his work has been highlighted in the Los Angeles Times, the Washington Post, Politico Magazine, Univision, and Think Progress.  He holds Master’s degrees in Urban Planning and Public Administration from the University of Southern California.