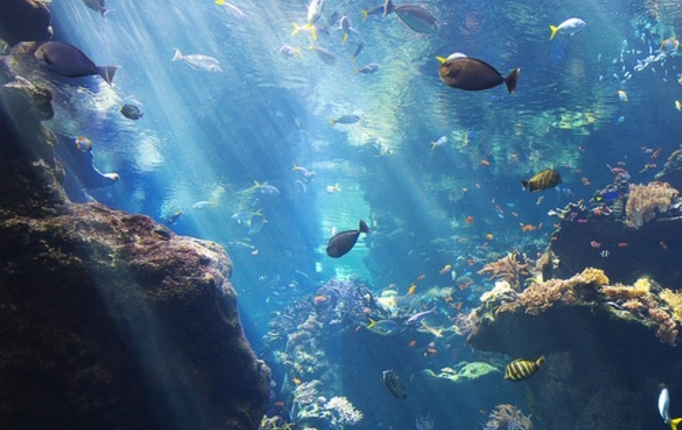 President Obama announced Tuesday his intent to make a broad swath of the central Pacific Ocean off-limits to fishing, energy exploration and other activities.

The proposal, slated to go into effect later this year after a comment period, could create the world’s largest marine sanctuary and double the area of ocean globally that is fully protected.

“I’m going to use my authority to protect some of our nation’s most precious marine landscapes,” Obama said in a video to participants at a State Department conference, adding that while the ocean is being degraded, “We cannot afford to let that happen. That’s why the United States is leading the fight to protect our oceans.”

The announcement — first reported earlier Tuesday by The Washington Post — is part of a broader push on maritime issues by an administration that has generally favored other environmental priorities. The oceans effort, led by Secretary of State John F. Kerry and White House counselorJohn D. Podesta, is likely to spark a new political battle with Republicansover the scope of Obama’s executive powers.

The president will also direct federal agencies to develop a comprehensive program aimed at combating seafood fraud and the global black-market fish trade. In addition, the administration finalized a rule last week allowing the public to nominate new marine sanctuaries off U.S. coasts and in the Great Lakes.

Obama has used his executive authority 11 times to safeguard areas on land, but scientists and activists have been pressing him to do the same for untouched underwater regions. President George W. Bush holds the record for creating U.S. marine monuments, declaring four during his second term, including the one that Obama plans to expand.

Under the proposal, according to two independent analyses, the Pacific Remote Islands Marine National Monument would be expanded from almost 87,000 square miles to nearly 782,000 square miles — all of it adjacent to seven islands and atolls controlled by the United States. The designation would include waters up to 200 nautical miles offshore from the territories.

“It’s the closest thing I’ve seen to the pristine ocean,” said Enric Sala, a National Geographic explorer-in-residence who has researched the area’s reefs and atolls since 2005.

Obama has faced criticism from a variety of groups — including cattle ranchers, law enforcement officers and ATV enthusiasts — over his expansion of protections for federal lands. The ocean area under consideration, by contrast, encompasses uninhabited islands in a remote region with sparse economic activity.

Even so, the designation is expected to face objections from the U.S. tuna fleet that operates in the region. Fish caught in the area account for up to 3 percent of the annual U.S. tuna catch in the western and central Pacific, according to the Pew Charitable Trusts. When Bush created the monument in 2009, he exempted sport fishing to address industry opposition.

“We believe in almost all instances you can still have marine conservation and marine protection, and still allow for sustainable recreational fishing activities to take place,” Leonard said, adding there’s almost no sportfishing activity in the area because “it’s a heck of a trek out there. Our concern is obviously with the precedent this might set.”