Voces in Action
Game On: Raise Your Voice In Support of the EPA
View News Categories
+ 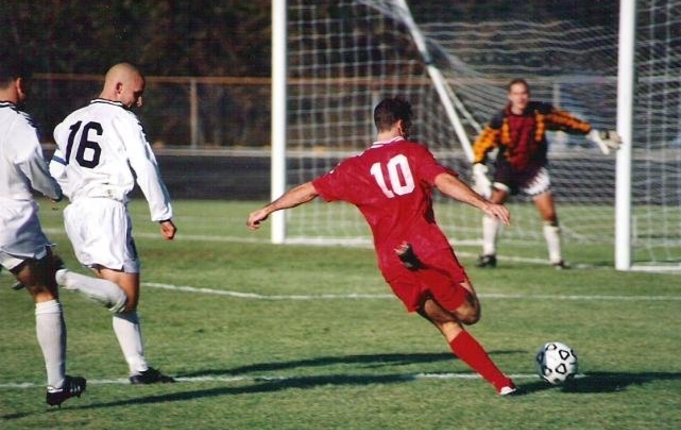 Game On: Raise Your Voice In Support of the EPA
July 2, 2014
Climate Change
Environment
EPA
Health

This summer marks a landmark in the battle against climate change.

From now until October 12th, the EPA (Environmental Protection Agency) will take comments on a plan that calls for an overall 30 percent cut in carbon emissions from existing power plants. While Congressional challenges, legal hurdles and deliberate obfuscation of the issues by the vested interests of the power sector are still stumbling blocks to the successful implementation of these proposed new rules, never before has any White House staked as much on fighting the ravages of pollution on our climate. As Time noted, "with the stroke of a pen (though it was technically by EPA Administrator Gina McCarthy's pen, ('dale Gina!')), President Barack Obama has done more about global warming than all of his predecessors combined."

This is huge. And now the ball is in our court.

Whether we view ourselves as women, as business leaders, as Hispanic, African American, moms, dads, young or old, or as most of us do...as members of several of these important groups, we all need to keep talking and informing our fellow citizens on how these new rules will help our lives today and the lives of our children and grandchildren. We need to bring our voices to the conversation to ensure that these rules are implemented and not watered down by Congress.

It's vitally important that we rally our friends, colleagues and families to raise their voices in support of this historic effort on the part of the EPA. We need to shift the Zeitgeist, as it were. Already we can see that a fog of disinformation is being misted onto the American public about this being an "illegal use of executive power" and a "dagger in the heart of the American middle class." I won't use this post to debunk either of those bits of bunk, but the archaic power sector has grown fat and happy on outsized profits that come at the expense of our children, and they and their advocates are extremely worried that this legal use of executive power will be a dagger in the heart of their robust profit margins.

And it's crucial that we stay clear-eyed about what is at stake. Not only will the successful implementation of these rules have a major impact on carbon emissions here in the U.S., but never before has the U.S. had the moral authority to pressure other nations, particularly China, India, and the emerging industrial powers of the 21st century, to take significant steps to curb carbon emissions.

Previously, those countries could see the U.S. as hypocritical in asking them to take medicine that we ourselves were unwilling to take, and the aphorism, "physician, heal thyself" took the sting out of any American complaints about these emerging polluters. If we successfully adopt these new rules it will quite literally change the global landscape in terms of what constitutes the baseline of good global citizenship vis-à-vis climate change.

These new EPA rules are not just important for the U.S., they are important for the whole world because of the global precedent it sets with American leadership. Climate change does not respect national borders, and we need to leverage the fact that as Americans, most of us have a heritage that likewise transcends national borders so that we can bring our A-game to the next round of this battle.

The power sector will play on the sympathies of the American public, protesting that dirty power polluters are just poor, beleaguered job creators who are being unfairly maligned for a problem that doesn't really exist. The reality however, is that the opportunities for job creation in the alternative energy space are tremendous, and the power sector, calcified by easy profits for decades, has decided that rather than nimbly adapting to the changing energy market of the 21st century, and taking this significant, but still modest step, has instead doubled down on stifling not only reasonable carbon emission reduction plans, but they've devoted vast sums from their stout profit margins to quashing emerging alternative energy sources.

And yet, even if the economic arguments don't persuade you, it's hard to argue against the humanity of the fact that the "EPA's proposed regulations will result in the avoidance of up to 6,600 premature deaths, up to 150,000 asthma attacks in children, and up to 490,000 missed work or school days - and this will provide up to $93 billion in climate and public health benefits." Whose child needs to suffer or worse, pay with their life, to protect portly profit margins in the power sector?

The average power plant in the U.S. is 42 years old. That means it was built in 1972, when the EPA was just a newborn, having been brought into being by President Nixon in 1970. One can optimistically hope that the power sector will see these new EPA rules as a wake up call, stimulating them to the awareness that they should be reinvesting a portion of their profits into supporting (and profiting from) alternative energy sources and innovating in the sorts of cutting edge technologies that are already being explored in China (and developed in the U.S.) to trap carbon emissions from coal fired plants and turn them into liquid fuel.

But even if the power sector doesn't choose to wake up to reality - and there's no sign of them shaking the cobwebs from their eyes, yet - we as Americans and consumers need to be clear-eyed, with full hearts, as we take up the fight. Because this is a fight our children can't afford to see us lose.

This originally appeared in the Huffington Post Blog at http://huff.to/1rjgJ0i