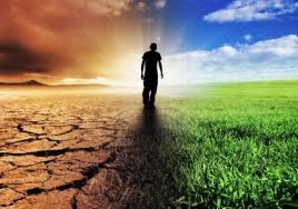 Recent polls have shown that Latinos strongly favor green policies that focus on green energy, environmental conservation and climate change. As the population of voting Latinos increases, public policies will begin to reflect the Hispanic voice.

A 2012 national survey conducted by the National Council of La Raza and the Sierra Club found that 90 percent of Latino voters support clean energy measures and believe that global climate change is happening.

Recent polls have shown that Latinos support policies that focus on green energy, too. About 86 percent of Latinos polled supported President Obama's executive order that called for a 30 percent reduction in power plant emissions by 2030.

The concern over green issues by Latinos may be related to the fact that more than 50 percent of the Hispanic population in the United States lives in one of the top 25 cities for ozone pollution in the country.

The increased pollution rates leaves Latino children with a 40 percent greater chance of serious asthma issues, especially when compared to the general population of children.

With the conservative right-wing Republicans largely disregarding green issues, it will be interesting to see how the Latino vote shapes the 2016 Presidential Elections.

The Latino vote is growing rapidly, as everyday around 2,000 Latinos turn 18. In order to acquire the Latino vote, Republicans must do a better job of catering to their needs and interests.

So far Congress has been stagnant and divided when it comes to green policies in America. The vote is deadlocked at the moment, but the changing make-up of the American voter will ultimately decide which policies carry the most weight.

One thing is certain; according to statistics, the majority of Latinos care about climate change, green energy and environmental conservation. Their votes will likely go to the candidate who shares and supports their views on green policies.