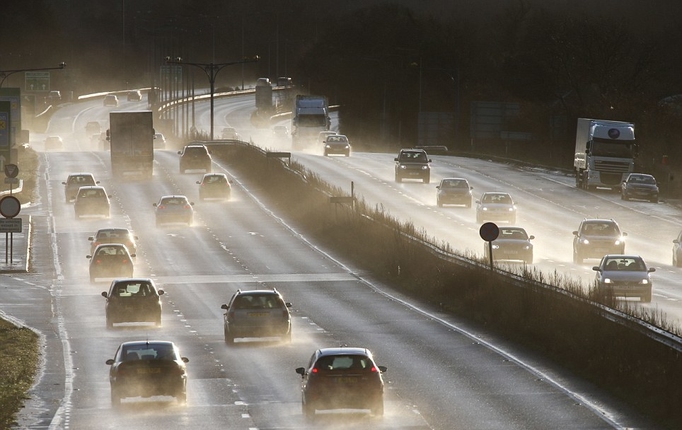 Climate change is far from the only cause of a rapid rise in disasters
July 21, 2014
Climate Change
Environment
Health

A casual reader of the resulting Guardian story might be forgiven for thinking that the rapid rise in disasters was due solely to climate change, but it had as much to do with a rapidly changing human world as it did changes in the weather. What’s more, ignoring the contribution of changes in human systems could hamper efforts to blunt the worst impacts of climate change.

Climate change's future impact on us will depend on three things. First the hazard: how will the extremes of weather alter? Will there be more hurricanes, and will they be stronger, for example? Second, the exposure: how many people and buildings are there in the path of the hurricane and the resulting storm surge? Finally, the vulnerability: how strong are the buildings, how good are the hurricane warnings, and does a community have the capacity to recognise a future hurricane threat, and act on it?

Since 1970, the global population has nearly doubled. Cities have expanded fast, and populations have aged, leaving more people vulnerable to heatwaves. Many of those fastest developing cities are coastal, meaning that more people, infrastructure, and buildings are vulnerable to the flooding caused by storm surges or hurricanes, and enhanced by sea level rise. Even if not on the coast, cities have sprawled onto floodplains, where the poorest find shelter in flimsy buildings. There is simply more stuff, more people and more money in harm’s way than there was 40 years ago. Looked at globally, our exposure and vulnerability have increased markedly.

On the other hand, a population made richer by 40 years of development can afford better flood defences, can take out insurance to hedge against a failed harvest, can develop crops that are more resilient to drought, and can put air-conditioning in homes.

There is no one-to-one mapping between changes in the climate, and changes in climate impact. We have learned that climate change has had, and will continue to have, very different impacts in different regions, and on societies with different vulnerabilities. In short, there will be winners and losers, and the poor, as ever, are particularly vulnerable.

One of the grand challenges of climate change is water security. We must ensure that the projected mid-century population of close to 10 billion has a secure water supply for drinking, for industry, and for agriculture. The water cycle will be altered in every way in a changed climate and “water in the wrong place” will be an issue for the coming century.

Last year, the Met Office published projections of changes in water availability through the 21st century. We suggested that many of the changes in water scarcity in the future will be driven by increases in population. Although climate change will severely exacerbate water scarcity for some, globally climate change could increase the supply of available water, by making plants more efficient at using water, and increasing rainfall, as this graph shows.

If those affected are able to harness those extra water resources, we might bring millions out of water stress. They must have sufficient notice and resources to build the infrastructure that will allow them to take advantage of it. Otherwise, the increase in available water might just mean more runoff to the sea, and flooding.

We can’t adapt our way out of all the impacts of climate change. Unless greenhouse gas emissions are drastically curbed, communities on low lying islands will have to retreat to the mainland. Entire ecosystems will find their climatological niche gone, and will cease to exist.

But even if we managed to massively reduce our greenhouse gas emissions overnight, the climate would continue to change for decades, before the great carbon stores of the oceans and forests brought the atmosphere back into balance.

We must empower those planning for inevitable changes in climate with good climate information, as poor decisions could seriously intensify the impacts of weather disasters. Learning – and talking – about the role that changes in exposure and vulnerability have played in the disasters of the past is crucial for making good plans for the challenges of the future.