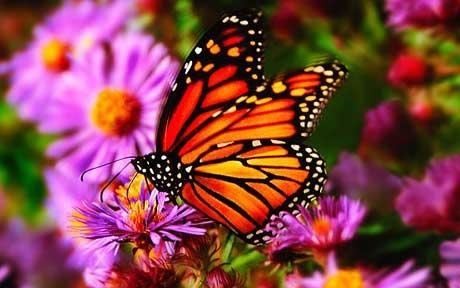 As we pour heat-trapping gases into the air, we’re running an experiment. We’re going to see what a rapidly changing climate does to the world’s biodiversity — how many species shift to new ranges, how many adapt to their new environment and how many become extinct.

We don’t have a very good idea of how the experiment will turn out. Scientists are coming to appreciate that there’s a lot about how climate affects life that they still don’t understand. That’s true, it turns out, even for species that scientists have been studying carefully for years.

In the early 2000s, Ary A. Hoffmann, a biologist then at La Trobe University in Melbourne, Australia, wondered how the many species in tropical rain forests would cope when their humid environment dried out.

It was conceivable that some species might adapt. Over the generations, natural selection ought to favor the individuals that could survive longer in dry air. Over time, the whole population should become more resistant.

To see if tropical species really did have this evolutionary potential, Dr. Hoffmann ran an experiment with tropical flies native to Australian rain forests called Drosophila birchii. He and his colleagues took the flies out of their damp jungle home and put them in vials where the relative humidity was a bone-dry 10 percent.

Within hours, the flies were dying off. But Dr. Hoffmann rescued those that survived longest and let them breed. He repeated this procedure over 50 generations.

But at the end of the experiment, the flies were no more resistant to dry air than their forebears. The flies seemed to lack the genetic potential to evolve. Those results suggested that if the rain forest home of Drosophilia birchii loses its high humidity, the flies will die off.

When Dr. Hoffmann and his colleagues ran similar tests on other species of flies, they had equally grim results. Flies that had limited ranges in the tropics showed little potential to adapt to extremely dry conditions.

Recently, two of Dr. Hoffmann’s collaborators — Belinda van Heerwaarden and Carla M. Sgrò of Monash University — decided to rerun the experiment, but with a crucial twist.

Rather than expose the flies to 10 percent relative humidity, Dr. van Heerwaarden and Dr. Sgrò tried 35 percent. That’s still far drier than the moist air of rain forests, but it’s not the aridity one might encounter on a summer day in Death Valley.

“It’s a humidity that’s more relevant to the predictions for how dry the environment would become in the next 30 to 50 years,” Dr. Sgrò said.

Even at 35 percent humidity, Dr. van Heerwaarden and Dr. Sgrò found, the flies fared badly. On average, they died after just 12 hours.

But Dr. van Heerwaarden and Dr. Sgrò found that some of the flies survived a little longer than others. By comparing different families of flies, they discovered that the difference in the flies’ resistance was influenced by their genes. That’s not what the first experiment had suggested.

She and Dr. van Heerwaarden wondered if these genes might provide a chance for the flies to adapt to a drier climate after all. To find out, they rescued the longest-living flies and let them breed.

Unlike the flies in the earlier studies, it didn’t take long for these to start evolving. After just five generations, one species was able to survive 23 percent longer in 35 humidity.

“When you change the environment, you get a totally different answer,” Dr. van Heerwaarden said.

The new study, published in Proceedings of the Royal Society B, hints that the flies resist drying out in an unexpected way. The genes that help them temporarily survive extreme dryness are not the same as those that help them resist more moderate conditions. The second set of genes enables them to adapt.

Whereas the earlier research offered a bleak prospect for species’ adaptation to climate change, the new study may offer a bit more hope. “This result suggests that some species might have the capacity to persist for a little bit longer,” Dr. Sgrò said.

“It is good to see that there might be some adaptive potential,” said Dr. Hoffmann, who was not involved in the new study. “Anything is useful.”

But he questioned just how much help their evolution might be. While the flies might be able to start adapting to drier conditions, they may not be able to do it quickly enough to keep pace with the change. “I think the warning in the original work still stands,” he said.

Some other scientists have documented the capacity for species to evolve in response to climate change, said Andrew Hendry, an evolutionary biologist at McGill University. But it’s rare for scientists to examine species under a range of conditions, as Dr. van Heerwaarden and Dr. Sgrò have done.

Dr. Hendry said the new study adds to growing evidence that many species will find ways to evolve in response to climate change, if only a little. “Evolution will help, there’s no question,” Dr. Hendry said. “But it might not help enough.”