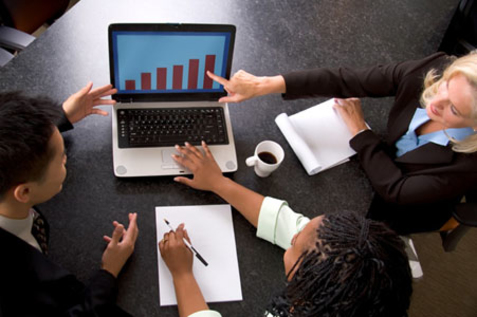 BY SUZANNE GOLDENBERG and NISHAD KARIM

Some of the world’s top PR companies have for the first time publicly ruled out working with climate change deniers, marking a fundamental shift in the multi-billion dollar industry that has grown up around the issue of global warming.

Public relations firms have played a critical role over the years in framing the debate on climate change and its solutions – as well as the extensive disinformation campaigns launched to block those initiatives.

Now a number of the top 25 global PR firms have told the Guardian they will not represent clients who deny man-made climate change, or take campaigns seeking to block regulations limiting carbon pollution. Companies include WPP, Waggener Edstrom (WE) Worldwide, Weber Shandwick, Text100, and Finn Partners.

“We would not knowingly partner with a client who denies the existence of climate change,” said Rhian Rotz, spokesman for WE.

“There may be scenarios in which we could represent a client that has different views on climate change, just not on this issue.”

“We ensure that our own work complies with local laws, marketing codes and our own code of business conduct. These prevent advertising that is intended to mislead and the denial of climate change would fall into this category,” the company said.

However, Fiona McEwan, a spokeswoman for the company, said the 150 companies within WPP made their own decisions on clients and would not rule out campaigns opposing regulations to cut greenhouse gas emissions.

The US-based Edelman, which is the world’s largest independently owned PR firm, did not explicitly rule out taking on climate deniers as clients.

He said Edelman takes on clients on a case-by-case basis.

The PR firms were responding to surveys conducted independently by the Guardian and the Climate Investigations Centre, a Washington-based group that conducts research on climate disinformation campaigns. This could have a knock-on effect on the advertising and lobbying campaigns targeting Barack Obama’s regulations limiting carbon emissions from power plants, and the international negotiations for a climate change treaty, now entering a critical phase.

“The PR industry is a major component of the influence peddling industry that stretches across Washington and the world, and they are making large sums of money from energy companies and other important players that have businesses connected to fossil fuels and energy policy,” said Kert Davies, the founder of Climate Investigations.

Davies said his group took on the research to try to get a better grasp of the mechanics behind the framing of messages on climate change – and the disinformation campaign.

Over the past few years, environmental groups and scientists have been looking more closely at the messaging around climate change, in part to examine their own failings to build broader public support for action.

In the process, PR firms have grown even more influential in shaping the debate around climate policy, said James Hoggan, who ran his own public relations firm in Vancouver and founded DeSmogBlog, a blog that describes itself as “clearing the PR pollution that clouds climate science”.

“I think that public relations people are right at the elbow of powerful people in industry and government,” he said. “You are an insider – a very trusted insider – and you can have a huge influence. It really does matter. These are influential organisations.”

Some of the firms, such as Finn Partners, have a strong reputation for taking on environmental causes. “Finn Partners would not work on any campaigns that deny the reality of climate change nor would we take on a campaign that would obstruct regulations to reduce greenhouse gas emissions or renewable energy standards,” said managing partner Peter Finn.

WE said it had worked on campaigns to expand production tax credits for wind energy. Oglivy Public Relations told CIC that it recognised the risks of climate change, and that it had worked on campaigns for WWF and Greenpeace. But it declined to comment on whether it would represent clients that deny climate change. Qorvis, a Washington DC-based PR company, and its parent company MSL Group, also declined to answer that question.

Other companies however appear concerned with trying to represent environmental campaign groups as well as industry, according to Davies.

Only 10 of the 25 firms responded to multiple emails, phone calls and certified letters from the CIC, either directly or through a parent company.

Firms that refused to comment include those that have worked for groups calling for action on climate change – as well as those seeking to block those efforts.

Hill & Knowlton, for example, was hired as the official media sponsor for the United Nations climate conference in Copenhagen in 2009. The company declined to respond to the CIC survey.

Several of the companies, such as WPP, WE, Oglivy, and Edelman have ambitious in-house programmes for reducing their carbon footprint. Qorvis Communications , a subsidiary of Publicis Groupe, said it had been calculating its carbon footprint since 2009.

But even those firms with robust internal carbon accounting systems, such as Edelman, were reluctant to go on record.

An initial response to CIC from Edelman inadvertently included an internal email which said: “I don’t believe we are obligated in any way to respond. There are only wrong answers for this guy.”

Edelman did in the end respond to the CIC and the Guardian.

Other firms said they had signed on to the United Nations global compact on sustainable business. However, the compact does not explicitly commit companies to policies on climate change.

Seven of the firms told the researchers their companies saw climate change as a threat. But a smaller number would rule out taking on clients that deny climate change is occurring, or work on campaigns that seek to block policies to deal with climate change.

“For the majority of them, they would rather remain neutral on any issue,” Davies said. “They don’t want to have positions on anything because they like to keep options open to take on any client who walks in the door. They pretend they are above the fray and they are not involved, and yet they are the ones designing ad campaigns, designing lobbying campaigns, and designing the messages their clients want to convey around climate change.”

The Climate Investigations Centre sent out surveys in April to the world’s top 25 firms asking them to go on the record about their views on climate change.

The Guardian followed up by asking firms if they would take on clients that deny the existence of man-made climate change or campaigns seeking to block regulations dealing with climate change.

This article originally appeared in The Guardian