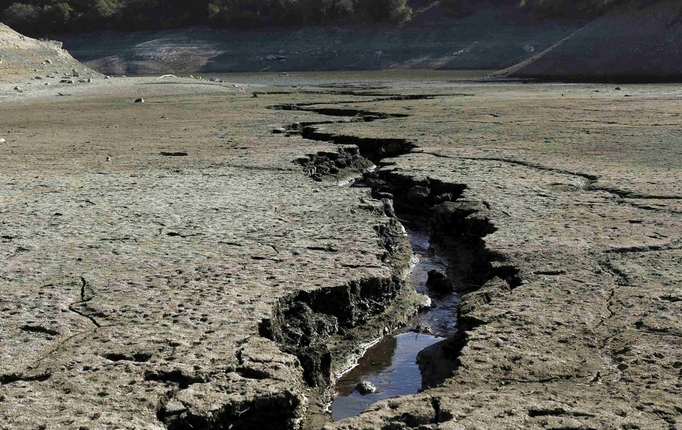 With a historic drought parching the state, California lawmakers are moving this week to begin rationing one of the last unregulated water sources that cities and agriculture interests need to keep the taps flowing.

The state legislature is moving measures that would require cities and towns to begin imposing regulations that will ensure groundwater reserves are managed sustainably. The measures would create groundwater-sustainability agencies across the state responsible for coordinating among various agencies charged with husbanding the limited resources.

Most states regulate groundwater use to ensure their stores aren’t depleted too much. But California doesn’t have any groundwater-use regulations. That, sponsors of the two measures say, has to change.

“We’re long overdue in California to treat groundwater as an integral part of our water supply system, and we need to not only address our use of groundwater with respect to quantity, but also quality,” Assemblyman Roger Dickinson (D), author of the Assembly’s version of the bill, said in an interview. “The old phrase ‘never let a good crisis go to waste’ applies.”

Groundwater, which lives in underground aquifers, is different from surface water, which flows in rivers, lakes and reservoirs. When surface water is depleted, cities and farms can dig wells to tap into groundwater reserves. But amid the years-long drought, new studies show groundwater supplies are being used at a faster than expected pace.

A study using data from a NASA weather satellite released last week shows that about 65 cubic kilometers of freshwater has been sucked out of the Colorado River Basin, which supplies seven states, including part of California. That’s the equivalent of almost two Lake Meads, the nation’s largest reservoir.

Groundwater basins around the state would need sustainability plans in place by 2020, and those plans would need to be fully implemented 20 years later. Those plans could include fees and impose regulations on groundwater use, and the agencies in charge could appropriate surface water to replenish exhausted groundwater supplies.

The measures aim to take a longer view of groundwater management. Unlike surface water, which is replenished by rain and snow every year, groundwater reserves take far longer — eons, in some cases — to build up.

Without adequate groundwater supplies, wells run dry, forcing cities and other users to dig deeper to tap into the falling water table. In some cases, most notably in the San Joaquin Valley, the lack of groundwater can cause subsidence — land actually sinks, putting homes and infrastructure at risk.

Agricultural interests, nervous about losing their water supplies, oppose the measures. The state Farm Bureau is against the two bills being debated this week in Sacramento.

California has tried to impose regulations on groundwater use before. A debate over a water bond, which began in 2009, is still bottled up in the legislature. Dickinson and Sen. Fran Pavley (D), lead author of the Senate version of the bill, hope their language satisfies critics who want to see groundwater controls in local hands.

“Almost all the major interests that care about this issue agree that we need to address groundwater and make sure that we’re planning for a sustainable groundwater future,” Dickinson said.