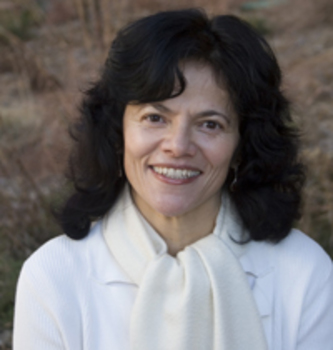 Every summer my family and I head out to take in the great outdoors.  We put our troubles aside and enjoy life in Colorado. So one of the last things I want to worry about is whether our local stream is clean enough for my kids to play in or fish from. We all have the right to expect that our community will have the clean, abundant water supplies we need for drinking, bathing, and keeping our economy going.

That’s why the U.S. Environmental Protection Agency (EPA) and the Army Corps of Engineers have proposed their Clean Water Protection Rule earlier this summer. These agencies are working to restore Clean Water Act protections to nearly two million miles of streams and millions of acres of wetlands, which benefit communities and recreational users in Colorado and across the U.S. The proposed rule, officially known as the “Waters of the U.S. rule,” is open for public comment until October 20.

It might not seem obvious at first glance, but the relevance of these streams and wetlands to our lives is as close as the faucet in your kitchen. An estimated 3.7 million people in Colorado drink water from utilities that depend, at least to some degree, on streams that would be better protected under the new EPA rule. These water bodies feed larger ones, too, so pollution dumped into these places can wind up in larger rivers and lakes.

Keeping pollution out of the waters that flow into our rivers, lakes, and ultimately into our faucets - is just common sense. Unsurprisingly, the public agrees. For example, 83% of Latinos in Colorado believe that wetlands and other small waters should be legally protected from pollution, according to poll results released last month by the Natural Resources Defense Council. In the same poll, 81% of Latinos said they support a nationwide rule protecting the small streams that help supply drinking water, including those that don’t flow year round.

Sadly, for the past decade, these waters have not been fully and clearly protected from pollution. Protecting America’s waters from pollution has been complicated for more than a decade because of two muddled U.S. Supreme Court decisions, in 2001 and 2006.  As a result, many of the streams and wetlands we most need to protect have been without adequate protection from polluters. Currently, pollution control officials are often unable to hold the polluters accountable when it comes to these unprotected waters. The proposed Clean Water Protection Rule would help resolve this problem, and it deserves our support.

This is about more than my family’s weekend trips. Beyond clean drinking water supplies, Colorado’s small streams and wetlands across our state serve as the very life blood of our outdoor heritage, especially hunting and fishing. Many sport fish species spend some portion of their life cycle in wetland habitat and sport fishing adds almost $1.3 billion a year to the economy in our state.

As important as these protections are to our families, communities and the local economy, they’re being challenged by powerful polluters.  We need to offer a strong showing of public support before the Clean Water Protection Rule can become final.

You can help by sending in your own individual comment to let EPA know you support protecting streams and wetlands for our great state at www.waterneedsyou.org.

Paty Romero-Lankao is a scientist with the National Center for Atmospheric Research’s (NCAR) Urban Futures program examining the intersection of urban development and the environment.