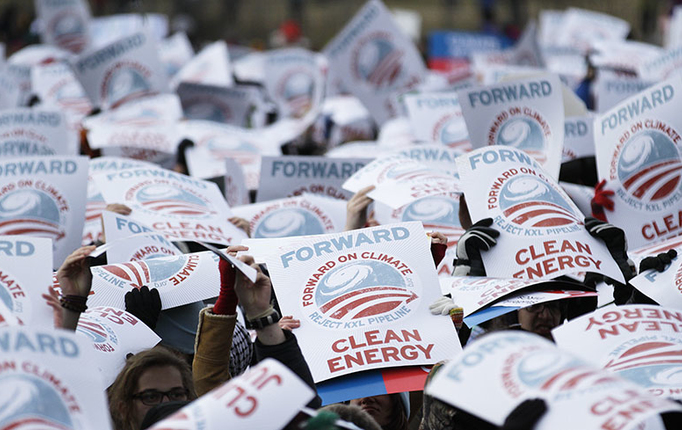 The controversial Keystone XL pipeline could produce four times the amount of greenhouse gas emissions than the State Department originally estimated, according to a new study from the Stockholm Environment Institute, a nonprofit research organization.

According to the study, which was published Sunday in Nature Climate Change, the pipeline would increase global greenhouse gas emissions by as much as 121 million tons of carbon dioxide a year. The results could have a traumatic effect on the planet’s atmosphere, which is already reeling from the prolonged effects of climate change.

In February, the State Department estimated that the Keystone pipeline could increase emissions of heat-trapping greenhouse gases by far less, 1.3 million to 27.4 million metric tons annually.

The study also says the pipeline could reduce oil prices to $3 a barrel, which would almost certainly increase consumption, and have a net negative effect on the environment. “If you give someone something cheaper, they’re going to use more of it; that’s certainly true on the global scale,” Donovan Power, a geologist, told Popular Mechanics.

“The sole reason for this difference is that we account for the changes in global oil consumption resulting from increasing oil sands production levels, whereas the State Department does not,” wrote the study’s authors, Peter Erickson and Michael Lazarus.

The pipeline is estimated to cost just over $5 billion and would carry oil from Hardisty, Alberta, to Steele City, Neb., where it would connect to an already existing structure that extends through the Gulf Coast of Texas. Because the pipeline would border Canada, it requires a green light from the federal government.

Whether or not the federal government will approve Keystone XL has become one of the longest, most contentious debates of President Barack Obama’s tenure in office. Progressives and environmentalists have staunchly opposed authorizing the pipeline, while conservatives and business interests have been pressuring the White House to step out of its way.

President Obama has repeatedly hedged his bets, saying he would allow the pipeline to be built “only if this project does not significantly exacerbate the problem of carbon pollution.”

Some have argued that this new study does nothing to suggest that Keystone will have more than a minimal effect on the climate change status quo. The 121 tons of carbon dioxide it allegedly could produce pales in comparison to the 36 billion tons the world generated in 2013. According to theAssociated Press, University of Sussex economist Richard Tol believes that for anyone concerned about climate change, the pipeline “should be the furthest from your mind.”

In September, world leaders and environmentalists will rally in New York City for what’s being touted as “the largest climate march in history” to bring attention to the dangers of climate change.

This article originally appeared in MSNBC