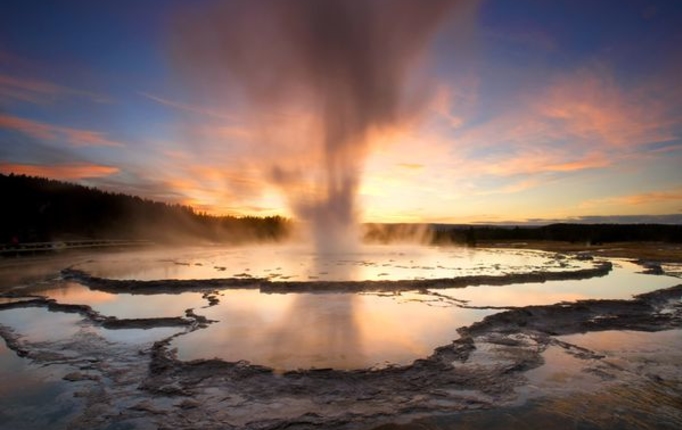 Latino groups are rallying behind the Environmental Protection Agency’s proposed Waters of the United States regulation as they begin flexing their political muscle on issues other than immigration ahead of November’s midterms.

Twenty-eight Hispanic organizations have launched a campaign in support of the rule, through which the EPA is seeking to clarify its authority to regulate streams and other smaller bodies of water.

The groups say the threat of polluted waterways disproportionately affects Latinos, both in terms of economic and public heath concerns. More than a third of the nation’s Hispanic population lives along the Colorado River basin, which stretches from the Rocky Mountains to the Mexican border.

They cite polling that shows overwhelming support for more stringent environmental protections among Hispanic voters, including those who identify themselves as Republicans.

“We believe that Latinos in the West and other parts of the country are going to consider that as the elections role around,” said Maite Arce, president of Hispanic Access Foundation. “They want to support those candidates who are aligned with them on this issue.”

The foundation and more than two-dozen other groups, including the League of Latin American Citizens (LULAC), the National Institute for Latino Policy and the Hispanic Federation signed onto the effort.

Their push for strong regulatory language comes amid an aggressive attack on the water rule from business groups and congressional Republicans who call it a brazen EPA power grab.

Critics of the regulation accuse the EPA of expanding its reach to ponds, trenches or even dry riverbeds, placing new restrictions on water that businesses and communities rely on to survive.

Under the rule, a wide range of ordinary activities undertaken by small businesses would suddenly be subject to new permitting, recordkeeping and notification requirements, Bruce Josten, the U.S. Chamber of Commerce’s chief lobbyist, wrote last week to members of the House Small Business Committee.

“EPA should immediately withdraw the waters of the U.S. proposal and go back to the drawing board,” he said.

EPA Administrator Gina McCarthy, though, has shown no sign of backing off the language outlined in the draft proposal issued this spring. She scoffed last month at assertions from critics that the regulations could be interpreted to include unconnected waters, including puddles on lawns or playgrounds.

But opponents of the regulation have ratcheted up their attacks during the public comment period that lasts until October.

More than 200 House members, primarily Republicans have voiced opposition to the rule, which has also raised concern among some congressional Democrats.

Last week, Senate Agriculture Committee Chairwoman Debbie Stabenow (D-Mich.) spearheaded a letter seeking assurances from McCarthy and the U.S. Army Corps of Engineers, which is also working on the regulations, that they will not have “unintended effects” on farmers.

Seeking to allay those concerns and make their case for tough regulations, the Hispanic coalition has sought to influence both lawmakers and administration officials during a series of meetings in Washington, said Rod Torrez, director of the recreation and conservation group Hispanics Enjoying Camping, Hunting and Outdoors (HECHO).

The groups are armed with polling data showing that more than 90 percent Latinos, a coveted segment of the voting block, believe that the nation has a “moral responsibility” to protect its waters.

Additional numbers from a 2012 survey commissioned by the National Council of La Raza and the Sierra Club suggest that far more Latinos — 77 percent — believe that climate change is already happening than the nation at large — 52 percent.

Torrez said the data reflects an agrarian-based culture with which Hispanic Americans identify.

“Its very clear to us that Latinos are very concerned about how the land is going to be treated and what candidates are going to support the land and the environment,” he said.

The Latino vote could pay a crucial role in a number of hotly contested House and Senate races this fall, particularly in western States with large Hispanic populations.

Proponents of a strong water rule have tried to counter perceptions that the restrictions would be bad for the agriculture industry with a series of ads in Colorado newspapers paid for by the Rocky Mountain Farmers Union (RMFU).

“It is critical that both Colorado senators and leadership at the USDA and EPA understand that ranchers and farmers need clean water to sustain our living, and appreciate balanced water policy,” RMFU director of external affairs Bill Midcap said last month in a statement announcing the ad campaign.  “We believe the new rule targets both.”

The effort, which is not formally connected to the Hispanic groups’ push, comes as Sen. Mark Udall (D-Colo.) faces a tough re-election challenge from Rep. Cory Gardner (R-Colo.).

He said the Latino coalition is also focused on regulations surrounding natural gas and oil production, among other environmental issues.

The groups’ goal is to dispel perceptions that the Hispanic vote is tied to a single issue.

“We’re sort of gelling as a community and stepping forward on issues that impact our health and well being,” Torrez said.

“We are saying that we aren’t going to let the immigration issue drive our attention and focus away from other issues,” he added. “We have to pay attention to the environment.”

This article originally appeared on The Hill.