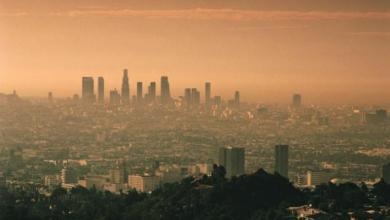 BY GINA MCCARTHY AND MARIA CARDONA

Summer heat hasn't begun to wane, and neither have those familiar "bad air day" warnings.

They are all too common in cities like Los Angeles, Houston, Pittsburgh and Washington, D.C., where high temperatures cause ozone to reach unhealthy levels. While bad air days affect children, people with asthma and older adults the most, they can harm any of us who are active outdoors, especially people who work outside.

The Environmental Protection Agency is committed to ensuring that all Americans breathe healthy air. Together with states, we've made huge progress by putting strong standards in place to limit dangerous smog and soot-causing pollution from vehicles, industry, and power plants. But we have more work to do.

In 2012, more than 133 million people — one-third of Americans — lived in counties with unhealthy levels of ozone pollution. That summer was the third-hottest on record in the continental U.S., making ozone formation more likely.

We could see more summers like 2012. Driven by rising carbon pollution, climate change has the potential to worsen ozone levels and lengthen ozone seasons in many areas of the country. That means more days when people at risk have to take extra care — including the roughly 7 million children in the U.S. who have asthma. Last year, in Florida alone, asthma sickened 350,000 children and 1.2 million adults, according to the American Lung Association.

We shouldn't have to live in a world where our health is at risk from being active outdoors. And that's not a world we should leave for our kids.

That's why EPA has taken a huge step toward fixing the problem.

Our nation already limits mercury, arsenic and soot from power plants, but currently there are no limits on carbon pollution. That's not smart, it's not safe, and President Obama has determined it needs to stop. This is not a partisan or an ideological issue. This is about the health of all Americans.

A recent Washington Post/ABC News poll found that 70 percent of Americans know climate change is a problem, and, importantly, they want their leaders to combat it. Among Latinos, the support is even stronger, particularly in Florida, where 83 percent favor the EPA's plan to limit carbon pollution.

A 2011 study found that one in two Latinos live in areas that violate clean-air standards, and large numbers of Latinos in these areas work in agriculture, landscaping and construction trades, heightening their exposure to hot days and poor air quality and increasing their risk. Many are living on limited incomes and limited primary health care, making trips to the emergency room, and lost work and school days are burdens they cannot afford.

When we look at these impacts, it's perhaps not surprising that, according to Latino Decisions, a Latino political-opinion research firm, support for action on climate change and environmental protection is second only to Latinos' support for immigration reform. A national Latino leadership coalition made that clear in a recent letter endorsing the president's Climate Action Plan and the agency's proposed carbon-pollution limits.

"We must leave our children a legacy of health and opportunity, not lives devastated by climate change," states the letter signed by 32 Latino organizations. We agree.

Latinos, like most Americans, want to build a clean energy future with greater energy efficiency. Groups like Voces Verdes, the League of United Latin American Citizens, the National Hispanic Medical Association, and others that signed the letter, recognize that acting on climate is good for our communities and good for our bottom line, and they are prepared to help us get there.

Like most Americans, we believe that for the sake of our families' health and our kids' future, we have a moral obligation to act on climate.

We urge everyone to stand united with us in the fight for a healthy, safe and hopeful future for all Americans, so that everyone can breathe easier on these hot days.

Gina McCarthy is administrator of the U.S. Environmental Protection Agency; Maria Cardona is a board member of Voces Verdes.

This article originally appeared in the Orlando Sentinel.