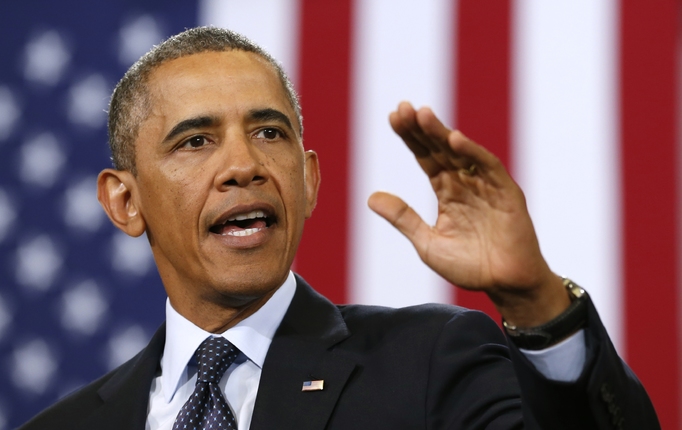 The Obama administration is looking to reach “a sweeping internationalclimate change agreement” that would not be a formal treaty that would require a two-thirds Senate approval — which almost certainly would never happen, The New York Times reported.

Diplomats are trying to reach a deal in time for a 2015 meeting in Paris, and U.S. negotiators are pushing for an approach that would commit every signatory nation to certain goals on reducing carbon dioxide emissions and on sending money to poorer countries to help them handle the effects of global warming.

But while the nations would be “obligated” to meet those goals, according to the Times, the only legally-binding consequence of not doing so would be periodic progress reports and politically embarrassing meetings designed to identify which countries did and did not meet their goals.

“To sidestep that [treaty ratification] requirement, President Obama’s climate negotiators are devising what they call a ‘politically binding’ dealthat would ‘name and shame’ countries into cutting their emissions,” the Times explained.

“If you want a deal that includes all the major emitters, including the U.S., you cannot realistically pursue a legally binding treaty at this time,” Paul Bledsoe, who has worked on climate-change issues with both the Clinton and Obama administrations, told The Times.

The legal framework American legislators are pursuing, according to the Times, is to take the deal reached at the 1992 “Earth Summit” in Rio de Janeiro, Brazil, and add to it voluntary pledges. That two-decade-old pact — formally called the United Nations Framework Convention on Climate Change — was ratified by the U.S. and is legally binding.

“The mix would create a deal that would update the treaty, and thus, negotiators say, not require a new vote of ratification,” the Times wrote.

Several foreign diplomats told the Times they understand the political realities in the U.S. and are willing to take an approach that would not repeat the 1997 Kyoto Protocol fiasco.

The Clinton administration signed that treaty but never even submitted it to the Senate, which already had called the treaty’s basic outline unacceptable in a unanimous vote.

Subsequent attempts at legally-binding treaties, as at Copenhagen in 2009, have not even gotten that far.

This approach is not likely to placate Republicans who already accuse Mr. Obama of overstepping his powers to enact environmental regulations — and other policies — that he perceives as necessary but could never get Congress to approve.

“Unfortunately, this would be just another of many examples of theObama administration’s tendency to abide by laws that it likes and to disregard laws it doesn’t like — and to ignore the elected representatives of the people when they don’t agree,” Senate Minority Leader Mitch McConnell, Kentucky Republican, told the Times in a statement.

Nor is U.S. ratification the only barrier to a treaty or even a lesser agreement.
The United States and Europe — where enthusiasm for environmentalism is the greatest — have both been passed as carbon-dioxide emitters in recent years by China, and they are being approached by the collective totals of other populous, developing countries such as India, Brazil, Mexico and Indonesia.

China and India, each with more than a billion people and swathes of horrific poverty of a sort not seen in the West, have been particularly outspoken in their refusal to agree to any mandatory carbon-emission cuts, which would limit their development and prosperity.

In addition, the Times reported Tuesday evening, some of the world’s poorer nations have indicated they would rebel against any approach that excused rich countries from formal obligations to provide them with climate-change aid. They fear that without legal obligations, they would not get the billions of dollars they say they need for such building projects as dams and levees, and for emergency aid in weather-related

This article originally appeared in the Washington Times.