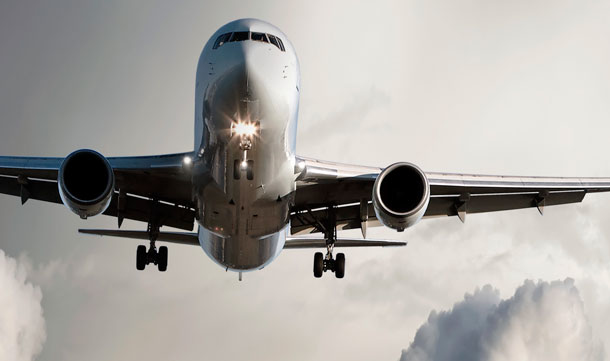 New greenhouse gas emission regulations for planes may be getting ready for take-off.

The Environmental Protection Agency this week informed the United Nations aviation program that it had begun investigating whether airplane emissions endangered public health.

While that alone doesn't amount to crafting rules, the "endangerment" finding was a necessary precursor for EPA emissions rules on power plants and cars. The agency said it expects to roll out a notice of proposed rulemaking by April 2015.

The move will likely anger conservatives and industry representatives, who have said the EPA's greenhouse gas regulations are overreaching and that they would make the U.S. less competitive by raising business costs.

Environmental groups that have pushed for action — including through the courts — will be pleased, as airplanes use considerable amounts of fossil fuel. An overwhelming scientific consensus says burning these fuels is a major reason for climate change.

The EPA noted that "domestic pressures from stakeholders and court proceedings" compelled the effort.

The agency explained in its notice to the U.N. International Civil Aviation Organization’s Committee on Aviation and Environmental Protection that the action is a result of a 2012 U.S. Court of Appeals for the District of Columbia Circuit decision. The court, acting after a lawsuit had been filed against the EPA on the matter in 2010, required the agency to determine whether airplane emissions pose risks to public health.

Kevin Book, managing director at consulting firm ClearView Energy Partners LLC, said that the EPA sent strong hints that regulations might be necessary to comply with the Clean Air Act, meaning they would need to be completed even if President Obama's second term ends before the rules are final.

"EPA’s letter to ICAO suggests strong prospects for an endangerment finding that could obligate EPA to establish regulations in the future – particularly if the next President’s climate policy comports to the Obama Administration’s environmental agenda," Book said.

This article originally appeared in the Washington Examiner.