Voces in Action
Many Cities Are Preparing For Climate Change, They Just Won't Say So
View News Categories
+ 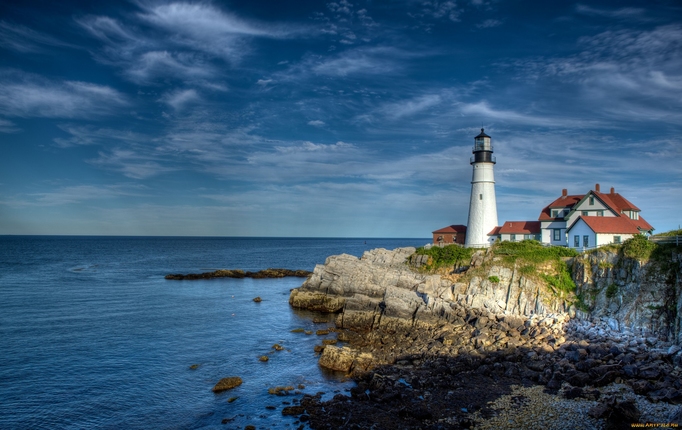 Many Cities Are Preparing For Climate Change, They Just Won't Say So
September 10, 2014
Climate Change
Environment

GRAND HAVEN, Mich. (AP) — With climate change still a political minefield across the nation despite the strong scientific consensus that it's happening, some community leaders have hit upon a way of preparing for the potentially severe local consequences without triggering explosions of partisan warfare: Just change the subject.

But in many places, especially strongholds of conservative politics, they're planning for the volatile weather linked to rising temperatures by speaking of "sustainability" or "resilience," while avoiding no-win arguments with skeptics over whether the planet is warming or that human activity is responsible.

The pattern illustrates a growing disconnect between the debate still raging in politics and the reality on the ground. In many city planning departments, it has become like Voldemort, the arch-villain of the Harry Potter stories: It's the issue that cannot be named.

"The messaging needs to be more on being prepared and knowing we're tending to have more extreme events," said Graham Brannin, planning director in Tulsa, Oklahoma, where Sen. James Inhofe — a global warming denier and author of a book labeling it "The Greatest Hoax" — once served as mayor. "The reasoning behind it doesn't matter; let's just get ready."

To be sure, flood control projects and other so-called resiliency measures were taking place long before anyone spoke of planetary warming. But the climate threat has added urgency and spurred creative new proposals, including ones to help people escape searing temperatures or to protect coastlines from surging tides, like artificial reefs. It's also generated new sources of government funding.

In Tulsa, the city has been buying out homeowners and limiting development near the Arkansas River to help prevent flooding from severe storms. Although two lakes provide ample drinking water, Brannin is beginning to push for conservation with future droughts in mind. A nonprofit, Tulsa Partners Inc., is advocating "green infrastructure" such as permeable pavement to soak up storm runoff.

They emphasize disaster preparedness, saying little or nothing about climate change.

Leaders in Grand Haven, a town of 10,600 in predominantly Republican western Michigan, will meet this fall with design consultants to explore such possibilities as "cooling stations" for low-income people during future heat waves, or development restrictions to prevent storm erosion of the Lake Michigan waterfront.

"I wouldn't use those words,'" McGinnis said he told the consultants. "Those are a potential flash point."

Grand Haven's mayor, Geri McCaleb, is among the skeptics who consider warming merely part of nature's historical cycle. Yet she's on board with ideas for dealing with storms.

"History will bear out who has the right answers" about climate change, McCaleb said.

Joe Vandermeulin, whose organization runs the Grand Haven program and others, is accustomed to walking the language tightrope.

"The term 'global warming' seems to be thoroughly misunderstood, so we don't use it much," Vandermeulin said, even though a primary goal is helping communities prepare for ... global warming.

During a climate conference this summer that drew about 175 community leaders, government officials and scientists, mostly from the Great Lakes area, organizers even distributed a pamphlet with tips for discussing the subject — or sidestepping it. For example, avoid hyperbolic "climageddon" warnings about impending catastrophe, it advises.

"It's really unfortunate that the political climate has poisoned the way we have to talk about these things," said Don Scavia, a University of Michigan environmental scientist and an organizer of the Ann Arbor session.

In Fayetteville, Arkansas, Peter Nierengarten, the city's "sustainability and resilience director," encounters a range of opinion about his efforts to make houses more energy and water efficient. A conspiracy theorist website headlined "The 'Sustainable' Vampire Attacks!" accuses him of colluding with a supposed United Nations-inspired plot to revoke individual rights.

But Nierengarten and allies successfully lobbied the GOP-led state legislature to allow communities to issue tax-exempt bonds for efficiency projects.

"It was all about the economic health of businesses across the state and being more competitive," he said. "Not global warming."

"We can argue about climate change all day long, is it happening or is it not, but either way, we've always flooded and we're always going to flood," she said.

This article was originally posted in the Huffington Post.