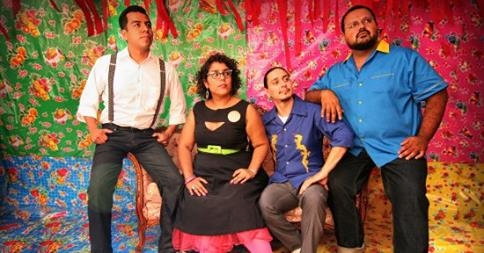 For Irene Vilar, founder of the of the Americas Latino Eco-Festival taking place over the next several days in Boulder, Colorado, the event blends two causes she is passionate about: Latinos in the arts and environmental activism.

“There’s no future for the conservation movement if Latinos are not at the table in a leadership role,” said Vilar, saying that in 2050, almost 30 percent of the nation will be Hispanic. Vilar said now is the time to get diverse minds working on preservation and the environment.

Now in its second year, the green fest is expected to attract 10,000 people over five days of talks, panels and performances, aimed at expanding the mission of "browning the environmental agenda," according to Vilar. Panels on green technology, achieving less dependence on coal, growing more food without GMOs and water justice are part of the festival's agenda.

According to a poll commissioned by the Natural Resources Defense Council, nine in 10 U.S. Latinos support government intervention against global warming and climate change, and eight in 10 Latinos want President Obama to take action on carbon pollution.

Military veteran, Grace Tiscareño-Sato, author of the award-winning book, “Latinnovating: Green American Jobs and the Latinos Creating Them,” will lead three panels at the conference.

“When you’re an aviator like I was, in the military, you see a lot of the planet, and I realized how small it really is,” says Tiscareño-Sato.

Liz Perez-Halperin, who was named a “Champion of Change” by President Obama in 2013, will talk about her continued work as the CEO of her own renewable energy company, GC Green, which offers jobs to veterans, at $20 to $50 an hour.

“I saw our dependence on oil [while serving as an aviation logistics specialist in the Middle East], and I thought why not create a way to reduce our energy consumption,” Perez formerly told NBC.

Beyond green technology and jobs, those in attendance hope to shape everyday attitudes about conservation.

“I grew up recycling before it was cool. It wasn’t because we didn’t have stuff. In our culture, you learn to be smart with what you have,” said Tiscareño-Sato.

Fashion designer and children’s book author Sandra Artalejo will debut her first bilingual children’s book,“Chulita and the Very Hot Pickle,” which talks about the importance of recycling, at the Eco-Festival.

“I’m showing Chulita to my "family" first, and they’ll help me share her with the rest of the world,” said Artalejo.

"The Festival highlights solutions, brings talent to solve the problem, gives a sense of hope and duty, and of course, influences people’s perception of Latino Americans - not thinking of them solely as immigration subjects, but as a community that has been here since the start,” she said.

Some of the Latino leaders in attendance at the Eco-Fest, which will include SXSW-like elements of art, film, and education, are political activist Dolores Huerta, actorEdward James Olmos, writer and comedian, Rick Najera, who will be performing a green version of his one-man play“Latinologues” on Friday, and Grammy-winning band La Santa Cecilia as part of the festival's opening.