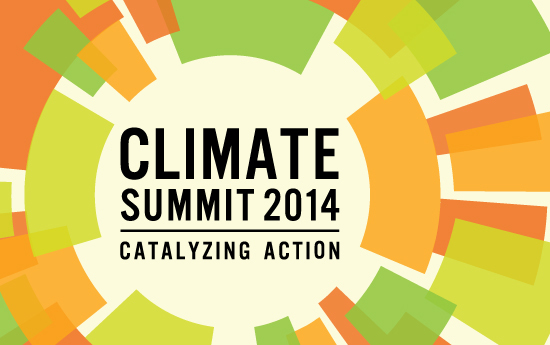 Leaders from 125 countries at the UN Climate Summit in New York City – along with representatives from the private sector, civil society, and a host of other institutions – are pledging to help fight the global climate crisis. As U.S. President Barak Obama said, climate change will “define the contours of this century more than any other.” And Latin America’s heads of state are not standing idly by. Here, briefly, are some of the commitments we’ve heard so far from Latin American leaders:

Chile: President Michelle Bachelet reaffirmed her country’s commitment to reduce its greenhouse gas emissions 20 percent by 2020 (over 2007 levels). She said that 45 percent of the electricity installed by 2025 would come from renewables. She also pledged that Chile would reforest 100,000 hectares (247,105 acres) of previously degraded land, which could be doubled with international support.

Colombia: President Juan Manuel Santos noted that although his country contributes relatively very little to global greenhouse gas emissions, they are committed to taking action. He said that his government is consolidating eight plans for key emitting sectors, like mining and transport. He also, importantly, focused on the need to halt deforestation by pledging to sign the “historic” New York Forest Declaration and work on the “20+20” initiative, to restore 20 million hectares of degraded land in Latin America by 2020.

Costa Rica: President Luis Guillermo Solís also reaffirmed his country’s prior commitment to achieve carbon neutrality by 2021, by focusing on the transportation and energy sectors. More specifically, he said Costa Rica would develop a cleaner transportation network with an electric train and biofuel-powered buses. In the energy sector, he committed to working towards 100 percent renewables including large hydro.

Brazil: President Dilma Rousseff did not pledge new goals, saying, “Brazil does not announce promises, but shows results.”  Instead, she highlighted Brazil’s already significant progress to date. The country has met its 2009 commitment to reduce emissions between 36-39 percent and from 2010-2020 reduced deforestation by 79 percent. Her message was clear: fighting climate change is compatible with socio-economic growth.

Peru: President Ollanta Humala was in a unique position, as his country will host the next climate conference (COP20) in Lima in December this year. He said the “moment has arrived to mobilize the greatest climate and development alliance in history.”

Bold statements and pledges are the stuff of today’s agenda. Of course, the real question is how countries (and companies, civil society, and the other institutions) will put turn these pledges into real, concrete and effective action. As the Climate Summit continues this week, and as the leaders converge again in Lima in December, more of this “how” should become clear.