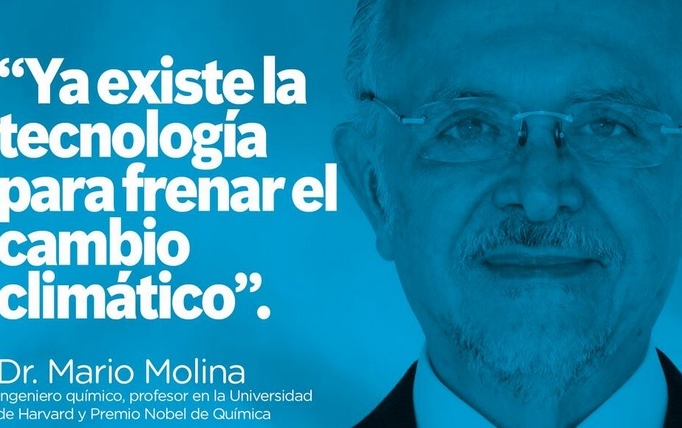 Out of the thousands of signs carried by the 400,000 participants in the People´s Climate March in New York City last Sunday, there were two that really stayed with me. One read: "Mother Earth is not a merchandise," and the other: "End environmental racism!"

Both define well the Latino community's thinking about climate change and environmental degradation. The planet is not ours; we have borrowed it from the next generation. And we disproportionately suffer the consequences of fossil fuel pollution and the damage it inflicts on the world's climate.

That's why for the overwhelming majority of Latinos it is inconceivable that this late in the game, climate denialism remains so entrenched in our country.

"The great majority of experts agree that [climate change] is a very serious problem that has been studied very carefully and with great detail," told me in an interview Dr. Mario Molina, the only Mexican scientist to win the Nobel Prize. "Denying this problem is outrageous and hugely irrational."

Dr. Molina --who discovered the cause of the hole in the ozone layer of the atmosphere and won the Nobel Prize for Chemistry in 1995 for it-- is one of the authors of a climate change study recently published by the American Association for the Advance of Science, titled "What We Know".

"The report establishes that there are aspects of climate change that are unquestionable, the same way it is unquestionable the existence of atoms and molecules. The same way it would be absurd to question whether the earth is round," emphasizes Molina, a member of President Obama's Council of Advisors on Science and Technology.

In his recent address to the UN Climate Summit, the President minced no words describing the severity and urgency of the crisis.

"The alarm bells keep ringing. Our citizens keep marching. We cannot pretend we don't hear them. We have to answer the call," the President said during a dramatic speech in which he committed himself to address the problem and urged world leaders to follow suit.

Molina, however, recognizes the obstacles the President faces, calling them "irrational," and places the responsibility squarely on the shoulders of one of the two major parties.

"It's just the Republican Party, and not even Republicans from years past. I also work with Republicans from previous administrations who also want to solve the problem. These are problems of the party's current identity," Molina says.

The Nobel laureate also identifies the urgency to tackle this crisis from the point of view of the Latino community in the US, who's most vulnerable to the effects of climate change.

"Neglecting the risks these communities confront shows enormous irresponsibility," he says, but he also acknowledges that the rising power of the Latino vote could be key to accelerate "a shift toward a much more rational system that can duly confront the climate change challenge."

This optimism in part stems from the recent announcement that the ozone layer is recovering in a satisfactory manner thanks to the 1987 Montreal Protocol, which mandated a worldwide ban on the chemicals that were causing the depletion.

"We are seeing that both the technological and scientific aspects of climate change are so clear that in a few years I believe we will see an international agreement similar to the Montreal Protocol," predicts Molina. "It's no longer justifiable to continue living in an era of irrationality, as if astrology were the guide of our actions."

In other words, enough is enough. It's time to act.