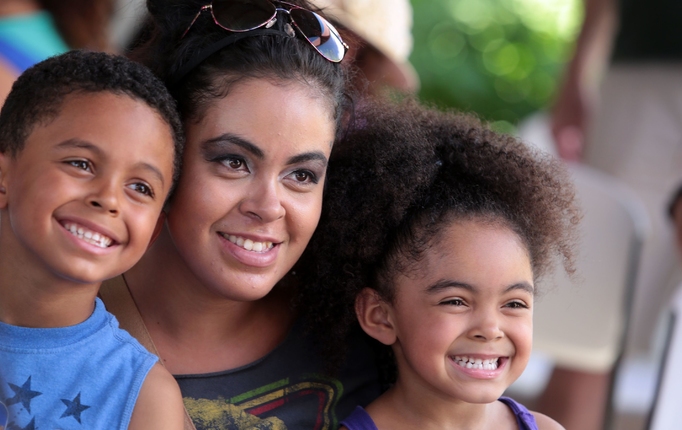 Hispanic youth flocked Saturday to The Living Desert Zoo & Gardens in Palm Desert to celebrate the almost-20th anniversary of the California Desert Protection Act and their increasing stewardship of the habitat.

On Oct. 31, 1994, then President Bill Clinton signed the act into law — creating the Mojave National Preserve, enlarging and re-designating Joshua Tree and Death Valley as national parks and establishing 69 wilderness areas in California's desert, overseen by the Bureau of Land Management.

With Hispanics constituting about 50 percent of the Inland Empire's population, their interest in the outdoors and protecting public lands represents a growing chance for desert preservation.

"We planned this to have a bunch of youth learn about how nature is God's creation," said Jessica Orosco, 18, who came with her youth group from the Indio Spanish Seventh-day Adventist Church. "I believe the main message is for us to realize what this Earth means to us and to take care of it."

Local rapper Abstrakt performed a song about the environment with the poignant line, "The world is sick from the poisoned hearts of greedy men."

"A lot of time and effort was spent building The Living Desert into what it is. Somebody had the passion to start this," said Evelin Mendoza, 18, of Indio. "The zoo is something great that should be treated well so our kids can enjoy it."

The Living Desert founder Karen Sausman read from the writings of Desert Magazine founder Randall Henderson, which glorified the region, in an effort to instill in the young people that they are this planet's future and are therefore responsible for its survival.

"I know it's hard to believe that the place where you were born is anything special," Sausman said. "The desert never had as many people cheering for it as the rainforest and the ocean."

Allen Monroe, The Living Desert's CEO, hoped the students would walk away Saturday's event recognizing the important role legislation like the California Desert Protection Act plays in preserving the environment.

But it's also important to plant the seed they need to continue that legacy, Monroe said.

"The act put in protection," he said. "But it takes continued support to protect the natural desert habitat from encroachment."

The celebration was hosted by the Por La Creación: Faith-based Alliance, Hispanic Foundation and The Living Desert.

Tanner recalled taking his sons to The Living Desert.

"We do need to maintain this," Tanner said. "This is our desert, and this is our community."

As a doctor, Ruiz stressed the importance of desert vegetation in producing medicine.

"Land in the Latino culture is significant. We value the importance of accessing natural spaces," Ruiz said. "If you don't stand up to protect the quality of the water we drink, the air that we breathe or the land that we live on, then who will?"

This article originally appeared in The Desert Sun.