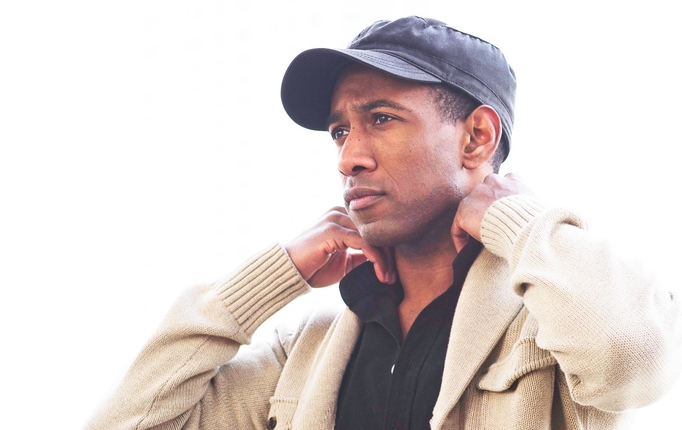 So Tell Me About the March
October 7, 2014
Climate Change
Environment

Overwhelming. That’s the word that comes to mind when I think about the People's Climate March.

I remember on May 21st when I read Bill McKibben's article on Rolling Stone. The title was "A Call to Arms: An Invitation to Demand Action on Climate Change". Needless to say, I was inspired immediately by the title. I accepted the invitation before I even read the article. I knew in my heart that nothing would keep me from being in New York City on Sunday, September 21st. And I mean absolutely nothing, not work, not finances, not the distance- NOTHING.

I was right. September came and I was there. All the normal hurdles didn't stop me. Now I'm living in this Post-PCM world and I still haven't completely processed the experience. With all the preparation and organizing that lead up to this historic event, it feels like May 21st was years ago. And after all the blogs and newspaper articles and videos and Facebook statuses have reflected on it, I'm not sure I can say anything that hasn't already been said.

And that's just it- maybe processing this experience has been difficult because it was so massive, so meaningful, so momentous.

Nexus. That’s the word that comes to mind when I think about the People's Climate March.

New York City in so many ways was the perfect setting for this event. With its cultural diversity and dynamic visual landscape, it provided the perfect place to welcome activists from all over the world. My main goal for the day was always to meet as many different people as possible and I thought early on, "What's the best way to get their attention? Dress up as New York's favorite superhero… Spider-man." Probably not the average train of thought, but what better place and time to combine two things I love: comic book costumes and environmental activism.

Marching down 8th avenue, I saw people of every color, size, and shape standing together to say "The time to act is now". For the first hour and a half, I had hundreds of people come up to me asking for pictures and saying things like "Thanks for coming out Spider-man, the world needs saving." It was a great opportunity to open a discussion with many of them and learn about the environmental problems they face back home. One of the most important things we can do as activists is connect with the people on the frontlines and educate ourselves on their story; its re-inspiring. My favorite part of the day was when an 8-year girl walked up to me because she wanted to "say hi to Spider-man". Afterwards, I asked her where she was from and she replied "I'm from Guyana, and I'm marching today because I love my country and I don't want sea level rise to destroy my home."

Youth. That’s the word that comes to mind when I think about the People's Climate March.

The day before the march, a large number of us participated in organizing the Youth Convergence, held at the Martin Luther King Jr. Educational Campus in Manhattan. Of all the engaging events happening in NYC surrounding the march, this had the most of my attention. The opportunity to connect with passionate young people and share ideas with them on how to push this movement forward is very important to me.

I remember walking into the auditorium the morning of the convergence and seeing the room full of so many students and although the march hadn’t even happened yet, I knew that we had already made history. I spent a good portion of the day having discussions with young people about my work with IDEAS For Us, from giving a presentation on creating content for social media during the “Storytellers Training Session” to conducing a Hive workshop, which consisted of discussing the model we have at IDEAS on how to “think global and act local.”

I also facilitated the southern regional breakout group. We recapped all the things the students learned that day and discussed how they will bring those tools back home to their respective universities for a more sustainable and just way of living.

So it happened. A good amount of people made history. What do we do now?

This march may have been a long time coming, but for a lot of reasons this is the first step. The taglines for months have been "To Change Everything, We Need Everyone" and being there in NYC, it damn-near felt like we had everybody, but this isn't the end.  Many years into this movement and this is only the beginning. Now it’s time to go home and keep the momentum going. Go back to our respective communities and organize. We must continue to educate, engage, and empower every chance we get.

We've already seen incredible responses to this mobilization (In the wake of the march, Facebook, Google, Yahoo, and others have parted ways with ALEC). President Obama even weighed in at the UN General Assembly saying, “Our citizens keep marching. We cannot pretend we do not hear them.” We sought to demand action on climate change and if we keep the momentum going, we will get it.

The People's Climate March was more than an event, it was a promise. And now the whole world knows it.

I just recalled a conversation with a network executive from awhile back and he was saying how their "news doesn't really cover climate change stories because no one is interested".... I think on Sunday, September 21st, there were about a half-million people in New York City and many more around the world that would completely disagree.

Everyone. That’s the word that comes to mind when I think about the People's Climate March.

Check out Ricardo's video about the People's Climate March here.

Ricardo Williams is a film artist, musician, and activist. Since studying communications at Pace University in New York City, he has appeared in commercials and independent films; and produced numerous albums. He has also guest lectured on film theory and video production at New York's School of Visual Arts. Currently, Ricardo is the media director at IDEAS For Us, Inc. and one of the bosses of Nerd Nite Orlando.