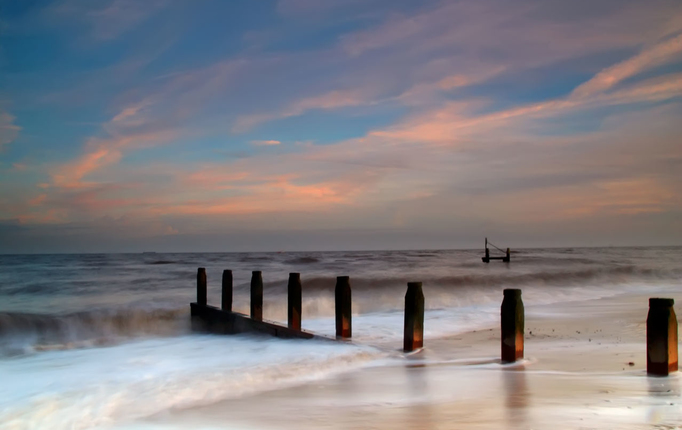 The report, conducted by the Union of Concerned Scientists, projects that in the next 15 years, cities like Washington, D.C., and Annapolis, Md., will be hit by more than 150 tidal floods on average per year.

"As global warming drives sea levels higher over the next 15 to 30 years, flooding from high tides is expected to occur even more often and cause more disruption, particularly on the East Coast and, increasingly, on the Gulf Coast," the report released Wednesday states.

"The flooding will redefine how and where people in affected areas live, work, and otherwise go about their daily lives," it adds.

Scientists looked at 52 locations across the East and Gulf coasts. Out of those, roughly half will see more than two dozen tidal floods per year by 2030, and one-third will see as much flooding as Washington.

Another nine cities, including Atlantic City and Cape May in New Jersey and Miami, will be overrun by flooding 240 times or more per year in the next 15 years.

By 2045, within the lifetime of a 30-year mortgage, Washington will be hit with 400 floods per year, some happening twice in one day.

Unlike the typical nuisance flooding, which is a tidal flood that happens after the gravitational pull of the moon and sun, sea-level rise is deemed an irreversible, potentially catastrophic factor.

"Coastal communities and the nation as a whole need to start planning today to cope with sea level rise and unprecedented tidal flooding to to take swift and decisive action to limit longer-term damage to our coasts," the report states.

With higher sea levels, the floods will reach farther inland for cities, and disrupt daily life, the report highlights.

The study recommends that coastal communities avoid building any new structures in vulnerable areas, adapt to flooding and craft a long-term protection plan.

It also encourages the federal government to expand monitoring efforts to project sea level rise and flooding, mandate the best available scientific data is used and provide more support to states and communities.

This articles originally appeared on The Hill.