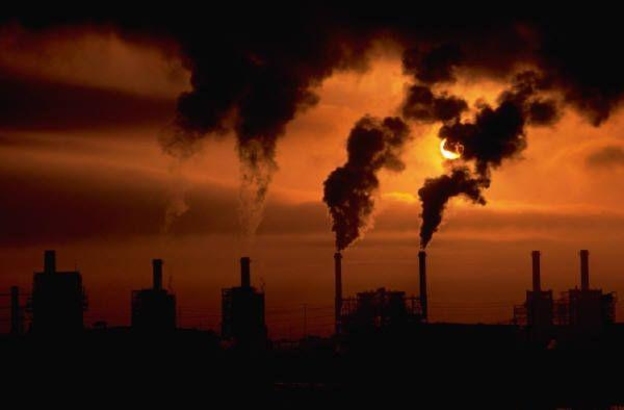 The United Nations' leading panel on climate change is preparing to warn of "severe, pervasive and irreversible" weather and climate extremes if the world doesn't start to corral greenhouse gases that cause global warming, according to a draft of its report.

The Intergovernmental Panel on Climate Change, the world's top scientific group dedicated to climate, is meeting in Copenhagen this week and will adopt its final report to be released Sunday.

A draft out this week contains some of the most strident language yet by the panel about climate change.

"Continued emission of greenhouse gases will cause further warming and long-lasting changes in all components of the climate system, increasing the likelihood of severe, pervasive and irreversible impacts for people and ecosystems," the draft states.

"Human influence on the climate system is clear, and recent anthropogenic (man-made) emissions of greenhouse gases are the highest in history," it says. "The atmosphere and ocean have warmed, the amounts of snow and ice have diminished, and sea level has risen."

The assessment comes as the Earth is on its way to its hottest year ever recorded, along with its highest level of atmospheric carbon dioxide in at least 800,000 years.

Sunday's final report will be "the most comprehensive assessment of climate change ever undertaken," the panel's chairman, Rajendra Pachauri, said this week.

Jessica Hellmann, associate professor of biological sciences at the University of Notre Dame, warned about the dire consequences of the findings.

"The report explains that we are approaching a global tipping point," Hellmann said. "If we cross this point, we will see huge changes in ecosystems, our ability to grow food, and increased human suffering from flood, heat, drought and sea level rise."

Hellmann added that the world "can still avert catastrophic change if we act quickly to reinvent our economy and our relationship to the Earth, but the window of opportunity is closing. ... Climate change may be the most difficult problem society has ever confronted."

The report will likely be the primary document used next year in France when world leaders meet to create a binding agreement on climate change.

It "will provide the road map by which policymakers will hopefully find their way to a global agreement to finally reverse course on climate change," Pachauri, the panel's chief, explained. "May I humbly suggest that policymakers avoid being overcome by the seeming hopelessness of addressing climate change."